Mueller Marsh was a privately owned property that supported several acres of marshes and calcareous fens and was the second VNPS Registry Site. The area contains one of only two known populations of Menyanthes trifoliata, commonly known as buckbean or bogbean, in Virginia. This and other disjunct and rare species have led to recognition of this area by the Virginia Natural Heritage Program. 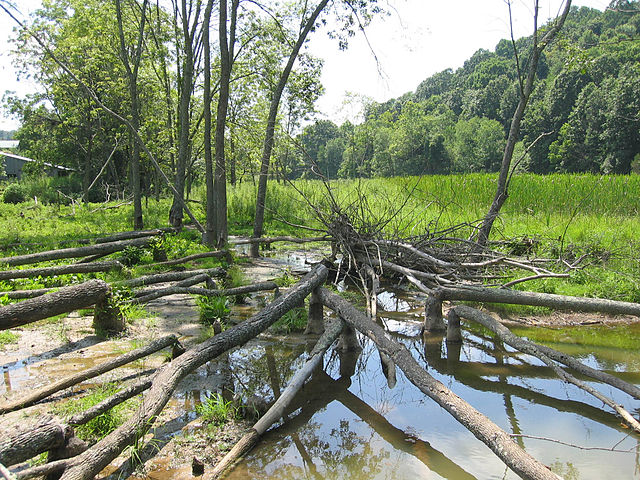 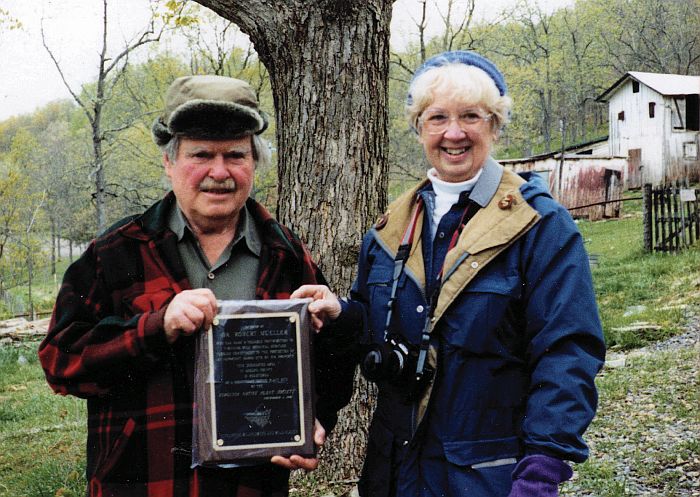 An Augusta County couple, Dr. Robert Mueller and his wife Elizabeth, became the first Virginia landowners to dedicate their private property as a Virginia Natural Area Preserve earlier this year. The land, a 29-acre Shenandoah Valley fen, will remain a natural area in perpetuity. The preserve will be managed by the Department of Conservation and Recreation (DCR). The marsh contains a variety of wetland plants including bog buckbean, pussy-willow, queen-of-the-prairie, shining ladies’ tresses, prairie sedge and smooth loosestrife. “This is an exciting first for the Commonwealth,” said Virginia Secretary of Natural Resources John Paul Woodley Jr. “We are grateful for the Muellers’ generosity and forward thinking. Dedication is a valuable tool for protecting significant natural resources, and we hope that interested landowners would strongly consider it.”

A small marsh in a picturesque valley in Augusta County has joined the G. Richard Thompson Wildlife Management Area’s trillium slopes as the second VNPS registry site. A wetland fed by artesian springs and waters from the surrounding hills, the newly registered area is underlain with a substrate of clay over limestone bedrock. It includes both marshland and calcareous fen with sedges and other plants indicative of a wetland.

Among the several rare plant species known to occur in this marsh are buckbean, Menyanthes trifoliata, and queen-of-the-prairie, Filipendula rubra. A member of the gentian family, buckbean, is a smooth perennial herb arising from a creeping rootstock that sends up several leaves with three oblong leaflets on a long petiole. Clusters of white to pinkish flowers, with the upper surfaces of the petals bearded, are produced in an elongated cluster or raceme from April to June.

Buckbean has been found in only one other county in Virginia, Madison. Although this plant is considered globally secure, as it occurs in shallow water and bogs from Alaska to Newfoundland and south to Virginia and West Virginia, it is so rare in Virginia that the Virginia Natural Heritage Program recommends that it be listed as endangered in this state.

Queen-of-the-prairie, which can grow up to eight feet tall, is a perennial member of the rose family native to meadows and prairies from Pennsylvania to Michigan and southward. It is often planted as an ornamental and has frequently escaped from gardens in the north and east. Many deep pink flowers are produced in large branching clusters in summer. The lower leaves are large and divided into several segments.

Queen-of-the-prairie has been recorded in five counties in the western half of Virginia. This species is also apparently secure world-wide but is rare in Virginia. The Virginia Natural Heritage Program recommends that it be listed with the rating of “Special Concern.”

In addition to these two rare species, several disjunct northern species occur at the new registry site including pussy willow, Salix discolor, swamp lousewort, Pedicularis lanceolata, and four-flowered loosestrife, Lysimachia quadriflora. During the last glaciation, these plants may have been driven south and found refuge in the wetlands.

Although pussy willow has been reported as occurring in this bog, it is not included in the Atlas of the Virginia Flora. This large shrub or small tree is found in swamps and damp thickets from Labrador to Alaska and southward to Maryland and Delaware. It is also known from a mountain glade in West Virginia. Since several closely allied willow species are frequently cultivated, this population may be an escapee or it may be a natural occurrence. Its status is worthy of careful research.

Although not classed as rare or threatened, swamp or lance-leaved lousewort is of a generally northern distribution and is infrequently encountered in Virginia, being known in only fifteen western counties of the state. Four-flowered loosestrife is another rare species in Virginia, known from only three counties. It also has been recommended for the Virginia – status of “Special Concern.”

With further research other interesting, even rare plants, may be documented. With the continual loss of bogs and marshes to drainage, construction and other human activities, this wetland which harbors uncommon Virginia species is especially significant.

The property owner was enthusiastic about registering the site and is aware of the importance of maintaining this exceptional ecosystem. A registry plaque and framed photograph will be awarded to the site’s owner later this spring.

Our thanks to Shenandoah Chapter for the diligent efforts that made this registry possible, especially chapter members Doris True and Jacob Kagey for their time-consuming and thorough research in gathering and recording the needed information.

Public access is restricted. Visitors must make arrangements with the property owners and by contacting the Virginia Department of Conservation and Recreation.