Caledon State Park is owned and managed by the Virginia Department of Conservation and Recreation. Although 800 acres is a National Natural History Landmark because of its undisturbed climax forests, the park designated a natural area in order to protect its bald eagle population. Because there was no specific intent to preserve the flora of the park, potential delisting of bald eagles in the future could lead to different management, and so it was felt that Registry status might protect the vegetation. The site includes forests of several types, both mesic and dry, as well as fields, beaches, and wetlands. The oldest forests have trees over 150 years old in ravines. There is a wealth of native plants, with more than 500 species documented, and at least 18 species of rare or unusual plants. 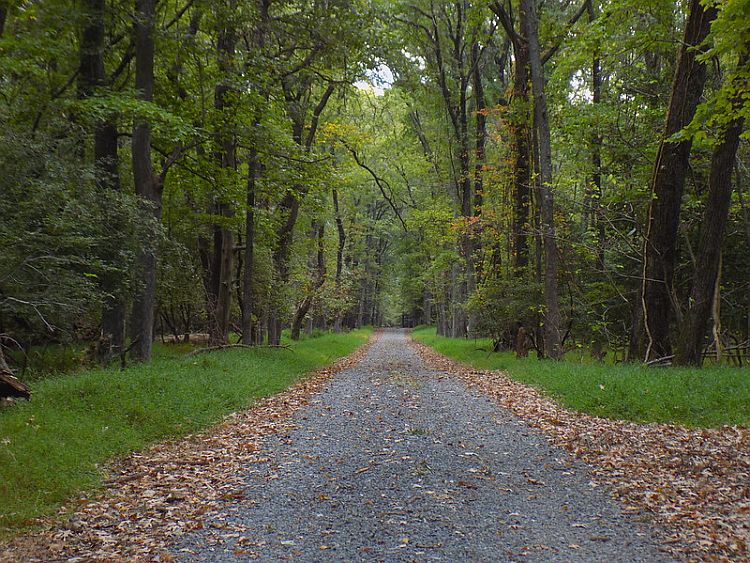 From the November, 2006 VNPS Bulletin:

Caledon Natural Area, part of the Virginia Department of Conservation and Recreation’s excellent system of state parks and natural area preserves, has been appreciated by fans of the bald eagle for some time. But Martha Shelkey, a VNPS member who lives near Caledon, appreciates it because of its many native plants and plant habitats. In fact, Martha learned to appreciate Caledon’s plants so much that she nominated it as a VNPS Registry Site, preparing the proposal for registry with much supporting information and a collage of her color photos of Caledon flowers as the proposal cover. Martha based the proposal on her own knowledge of the native plants and plant habitats, aided in great measure by the floristic survey of Caledon done in 1984 by eminent field botanist Dr. Donna Ware of the College of William and Mary. Martha completed the proposal in 1999. On Friday, September 15, 2006, at a brief but delightful ceremony on the lawn in front of the visitors center at Caledon, VNPS President Sally Anderson and Martha Shelkey presented the registry site plaque to Park Manager Nina Cox and Chief Ranger Sammy Zambon.

Caledon, a VNPS Registry Site sponsored by the Fredericksburg Chapter and located in King George County, has become Virginia’s newest state park. At a 9 a.m. ribbon cutting ceremony on June 14, Caledon ceased being a Virginia Natural Area and became a Virginia State Park. Caledon was donated to the state by the Smoot family in 1974 with the idea that the 2,579-acre tract along the Potomac River would become a state park. A task force appointed by then Gov. Chuck Robb recommended that the land be managed as a natural area with emphasis on protecting the habitat of the significant bald eagle population located there. Caledon has one of the largest concentrations of eagles on the East Coast. As many as 60 bald eagles have been sighted at one time along the Potomac River bluffs. Of special interest to the Virginia Native Plant Society is the fact that 800 acres of the park were designated a National Natural Landmark in 1974, one of only 10 such places in Virginia.

Caledon State Park is about 23 miles east of Fredericksburg.