This 700-acre park, owned by the National Park Service and managed by the George Washington Memorial Parkway, is considered the crown jewel of forested sites in the Potomac River Gorge.

VNPS recognized the Park as a Registry Site in September, 2005 in a ceremony at the George Washington Memorial Parkway headquarters (See the November-December, 2005 Potowmack News). 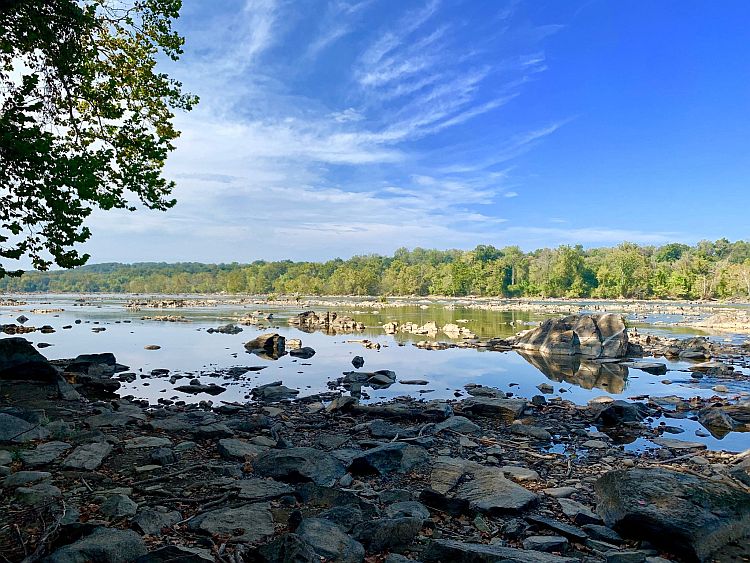 There are 20 state rare, threatened or endangered species in the park, including some species more common in the Appalachians.

You’ve probably heard something about the plant and habitat diversity in the Potomac Gorge. It is the biologically-diverse prize in the DC area. Ecologists believe it is diverse for several reasons. 1) It is at the boundary between the Piedmont and Coastal Plain regions in Virginia, and will have at least some of the plants from each region; 2) it has rocky regions and sandy regions, open areas and forested areas – many habitats that are good homes for many species; 3) the Potomac is a large watershed, so the spring floods and other flooding along the banks and flood plains can bring plants and seeds from habitats far away. This diversity is the reason for the selection of Turkey Run Park as a VNPS Registry Site.

There are many flowering plants in Turkey Run Park that will reward the seeker. Cris Fleming, Marion Lobstein, and Barbara Tufty published Finding Wildflowers in the Washington-Baltimore Area in 1995. Since the GWMP is much the same now as it was in the 1990’s, the plants are likely about the same now as they were then. So we suggest that is a useful reference for checking a park area like Turkey Run prior to a visit. A sample from their book describing Turkey Run Park: ”In mid-April, an explosion of bloom occurs in the rich bottomlands and moist hillsides of this park. Over 25 species flower at this time, including masses of Virginia bluebells (Mertensia virginica) on the floodplain. Other plants found along the riverside trail are wild ginger (Asarum canadensis), swamp buttercup (Ranunculus septentrionalis), sessile trillium (Trillium sessile), trout-lily (Erythronium americanum), and its close relative, white trout lily (Erythronium albidum).”

Turkey Run Park is on the Potomac River in Fairfax County, Virginia.