This retrospective account of VNPS and Potowmack Chapter beginnings shows that volunteers can make a difference with knowledgeable leaders, willing associates and continuity of purpose. 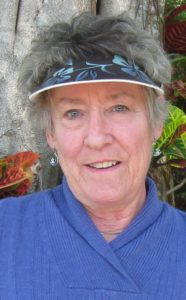 In April 1982, District Naturalist Susan Allen (now long-range planner) with the Fairfax County Park Authority enlisted plantsperson Mary Painter to conduct three meetings at County Nature centers. Mary stimulated a core group of volunteers to help in organizing the Virginia Wildflower Preservation Society (VWPS) soon thereafter. She became the first President of the new organization. Officers and committee chairs were chosen on the basis of their training and talents to form the initial Board of Directors. Six top professional advisors agreed to serve as resource persons.

To start the ball rolling, nine charter members drove to the North Carolina Botanical Garden in May for a day-long workshop hosted by Harry R. Phillips and the garden staff. His ten years of pioneering research as curator of native plants culminated in 1985 with the publication of his landmark book Growing and Propagating Wildflowers. It was an educative experience to see the productive work of garden volunteers in propagating native herbaceous plants for public sale, to compare the representative plant groups from each region of Virginia, and to walk the native plant trail with a stimulating teacher. 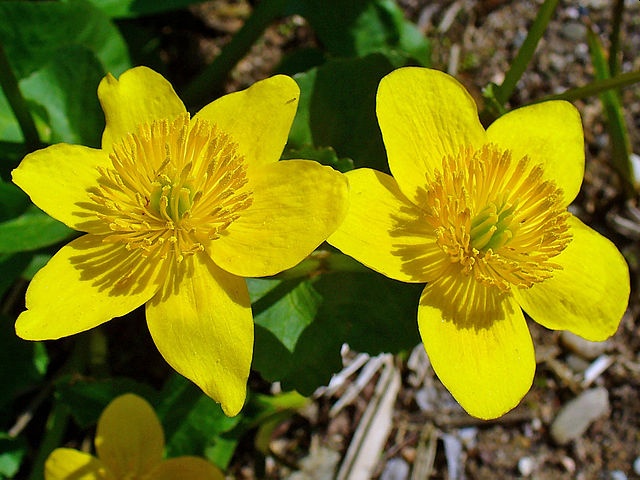 Mary Painter reported in that issue that she would be meeting in early July with representatives of newly-established Prince William Wildflower Society from Manassas to discuss chapter formation within the VWPS.

The Society’s first annual meeting and plant sale were held at the National Wildlife Federation’s Conservation Education Center on October 16. (VWPS had become a state-authorized corporation on July 22.) Bylaws were approved at the meeting and were to be submitted with the Articles of Incorporation, to the Internal Revenue Service (IRS) for a tax-exempt ruling. Reporting on the meeting, the third issue of the Newsletter, November 1982, listed members of the overlapping VWPS Board and Alpha Chapter Executive Committee for 1983, with Mary Painter as President of both groups.

The Spring 1983 Bulletin of the VWPS warmly welcomed the Prince William Wildflower Society as its second recognized chapter. In less than a year, the fledgling organization had made remarkable progress with growing membership and influence toward state-wide coverage. Both the Society and Mary Painter were recognized with Volunteer Activist Awards of the Washington Metropolitan Area at the 1983 ceremony in the nation’s capital. 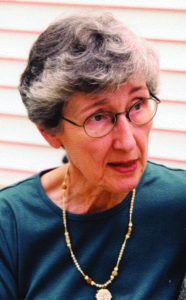 Potowmack Chapter (initially Alpha) was chartered as the first VWPS chapter on November 23, 1982. The Chapter name was chosen (as a variant spelling of George Washington’s Patowmack Canal at Great Falls) to relate its territory to the upper tidewater river. After serving as the Chapter’s first Propagation Chair, charter member Mary Pockman took over the reins as Chapter President in late 1983, and was elected Society President in 1985. Her words as incoming Chapter President in the October/ November 1983 Potowmack News voice a pertinent challenge to the membership:

One of the delights of this organization is the generous spirit of our members… With a strong foundation on which to build, all of us on your new Board look forward to an exciting year. Our task, I think, is to shape a program that strongly backs the state-wide work of the VWPS in ways that are clearly focused on the particular needs and opportunities of our own area. We will welcome your ideas, your suggestions, your questions, and we count on your continued enthusiasm and support.

Under a written agreement with the Fairfax County Park Authority, Green Spring Gardens Park and its Horticulture Center have always been the Chapter’s home. In the early years repository sites there were planted with doomed wild plants rescued by members from development sites. A demonstration wildflower meadow was tried on poor soil along the entrance road. The Spring and Fall Plant Sales have been fixtures since 1983, and provided a prime source of Chapter funds. With strong support from park personnel the member-maintained propagation beds have provided sale plants from the beginning. Now the long-planned Virginia Native Plant Trail is a major Chapter/Park project.

Thanks to the dedicated efforts of founders and many associates, the programs of the Virginia Native Plant Society* and its nine chapters have become known and admired as effective volunteer undertakings that have endured.

Ed Ballard is a Charter Member and served on the Society’s initial Board of Directors. He was Chapter President from 1985-87.

*At the Society’s annual meeting on September 25, 1988, the membership voted to change its name from The Virginia Wildflower Preservation Society to The Virginia Native Plant Society to encompass the conservation of native plants other than just those commonly considered as “wildflowers”.

This article, written by Ed Ballard, first appeared in the August/September 1992 Potowmack News. Photos and links have been added. Mary Painter and Mary Pockman both passed away in 2019. For more on the Society’s founders, see the article “Society founders create large environmental legacy” in the Fall 2019 Sempervirens. For more historical insight about VNPS, see our Bulletin and Sempervirens archives.