Who knew? Cornus florida, the 2018 VNPS Wildflower of the Year and State Tree of Virginia, has a cousin living in the mountains of eastern Mexico! 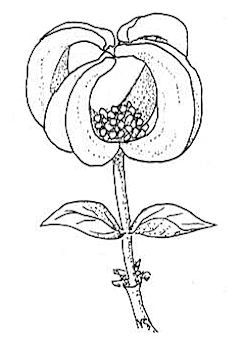 Cornus urbiniana, known as Magic Dogwood, from the mountains of eastern Mexico. Drawing by Nicky Staunton.

Mexican Dogwoods have been found in the states of Nuevo Leon, Tamaulipas, and Veracruz. They are, manifestly, close relatives of the familiar Flowering Dogwoods that grace the Old Dominion and much of eastern North America. Both have flower buds that are enclosed by four bud scales that open and enlarge by growth of new cells at their bases, producing distinctive, white, petal-like, bracts. And the small yellow flowers held in tight clusters by these bud scales are essentially the same. The Mexican plants, however, have a few subtle differences. Their bracts have been described as a little longer (up to 5 cm) and proportionately a bit narrower than those of Flowering Dogwoods from our neck of the woods. Most distinctive, however, is the fact that in the Mexican plants, the bract tips (the portions that were in close contact in the bud stage) fail to separate as their basal regions elongate. The result is a remarkable transformation of the flower clusters into something resembling a Japanese lantern. The common name “Magic Dogwood” seems appropriate.

So, what are these magical Mexican Dogwoods? How should we interpret their relationship with the familiar Flowering Dogwoods of eastern North America and, consequently, by what scientific name should they be called? Over the past century or so, these fundamental questions have been answered in different ways by different botanists. This article explores various interpretations of the Magic Dogwoods and how they have been named over the years. 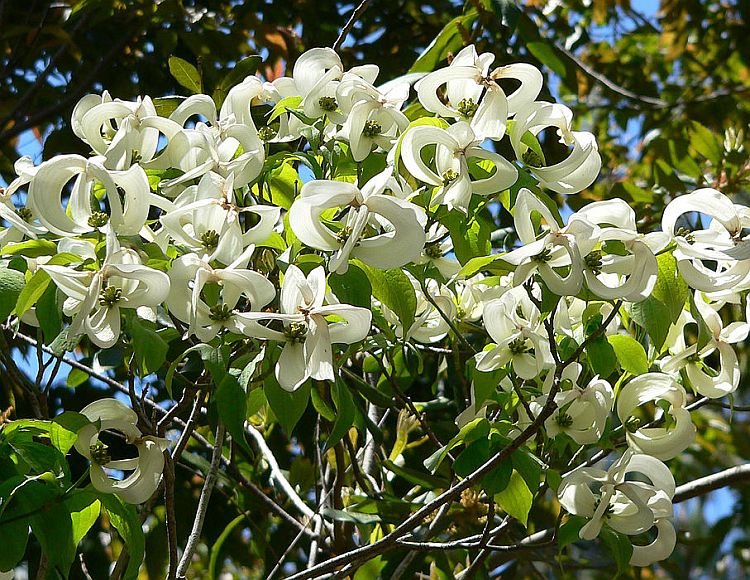 The first mention of Dogwoods in the mountains of eastern Mexico traces back to Englishman William Hemsley who, in the late 19th C, made passing reference to them merely as isolated populations of Cornus florida. Glossing over other interpretations for the moment, it is worth mentioning that the most recent study of the genus Cornus in North America (Murrell and Poindexter 2016), likewise opts to call the Mexican plants Cornus florida, period. In essence, this approach interprets the morphological differences as insufficiently distinct to warrant nomenclatural recognition—an interpretation supported by the observation that US populations will sometimes show a few bract tips that fail to separate at flowering stage. Bract adherence, however, is an uncommon occurrence north of Mexico. Rather than focusing on similarities, however, other botanists have accentuated differences.

Joseph Nelson Rose took the most extreme opposing view, publishing the species name Cornus urbiniana in 1891. Rose based his new species on a collection from Veracruz made by his colleague Manuel Urbina who, at the time, was acting director of the National Museum of Mexico. Rose, by the way, is perhaps most famous for his collaboration with Nathaniel Lord Britton and their works on Cactaceae and Crassulaceae. It should be noted that Rose worked in an era when it was common to fixate on small morphological differences in the recognition and naming of new taxa. 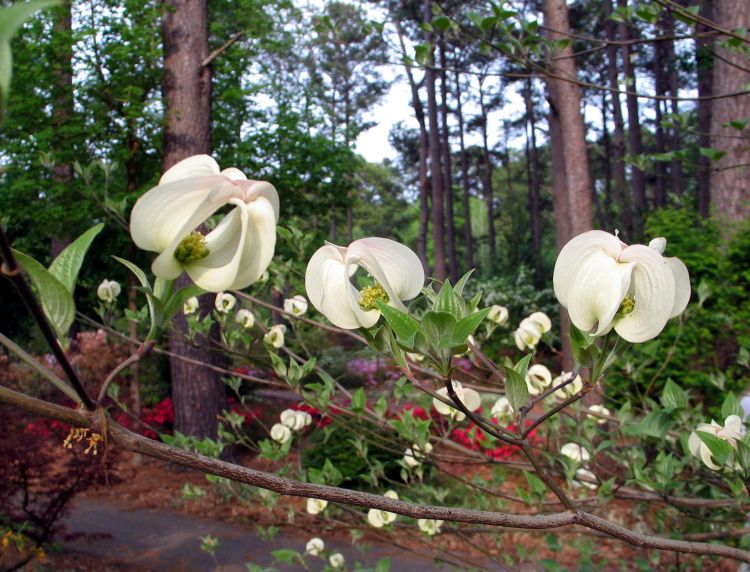 Decades after Rose published Cornus urbiniana as a distinct species, many biologists came to accept the “biological species concept” as justification for defining boundaries between species. Put simply, by the biological species concept, members of the same species should be capable of interbreeding and producing viable, fertile, offspring whereas members of different species should not, or at least they should not do so routinely in natural settings. A modern rephrasing of this idea is that a species constitutes a set of interbreeding populations on their own, distinct, evolutionary trajectory (de Quieroz 2005, 2007). There is no reason to think that the Mexican plants in question have had the opportunity to interbreed with populations of Cornus florida located north of Mexico for at least the past 12,000 years when Flowering Dogwoods emerged from their glacial-era refuge near the Gulf of Mexico. These Dogwoods appear to represent a classic case of reproductive isolation by geographical distance. And, in a nutshell, this is the case for following Rose’s lead and calling the magical Mexican Dogwoods Cornus urbiniana.

There are, however, other options. The taxonomic hierarchy has two categories below the rank of species, viz., subspecies and variety. These low ranks in the taxonomic hierarchy allow for the recognition of relatively minor degrees of variation within or among populations constituting a single species. In my opinion, it sometimes appears that botanists have used the categories of subspecies and variety interchangeably, reflecting what seems to be an arbitrary preference for one category over the other or the tendency to follow whatever choices had been made in earlier taxonomic works. But that is not always the case. Sometimes, however, a clear distinction is made: subspecies is the rank used when there is a geographic component to the pattern of variation within a species and the category of variety is to be used when the variable character(s) is(are) found throughout the geographic range of the species.

As the nomenclatural history of the magical Mexican Dogwoods has unfolded, both varietal and subspecific names have been published. In 1910, German botanist Walther Wangerin, reduced Rose’s species name to varietal status, publishing Cornus florida var. urbiniana in Adolf Engler’s monumental multivolume Das Pflanzenreich (“The Plant Kingdom”). Later, Harold William Rickett elevated Wangerin’s variety to subspecies status, publishing Cornus florida subsp. urbiniana in 1945. Rickett should be well-known to readers of Sempervirens as author of “Wildflowers of the United States,” a sumptuous opus of six volumes in 14 parts. Given the undeniable geographic isolation involved, Rickett’s subspecies option strikes me as better than Wangerin’s varietal status.

So, what are these Magic Dogwoods from Mexico? A distinct species? Variety? Subspecies? Or just an odd variant of our otherwise familiar and beloved Flowering Dogwoods, not worthy of formal nomenclatural recognition? One might think that the rules of nomenclature will provide a decision, given the fundamental principle that there should be one and only one correct name for each kind of plant. But looking first to the rules of nomenclature puts the cart before the horse. That is not how these questions are approached. The first step is to apply taxonomic judgment based upon a thorough study of plants in question. For the case at hand, we have geographically and reproductively isolated populations in Mexico that have broad similarities with but also some eye-catching differences from the much more extensive populations found in the eastern deciduous forests of North America. 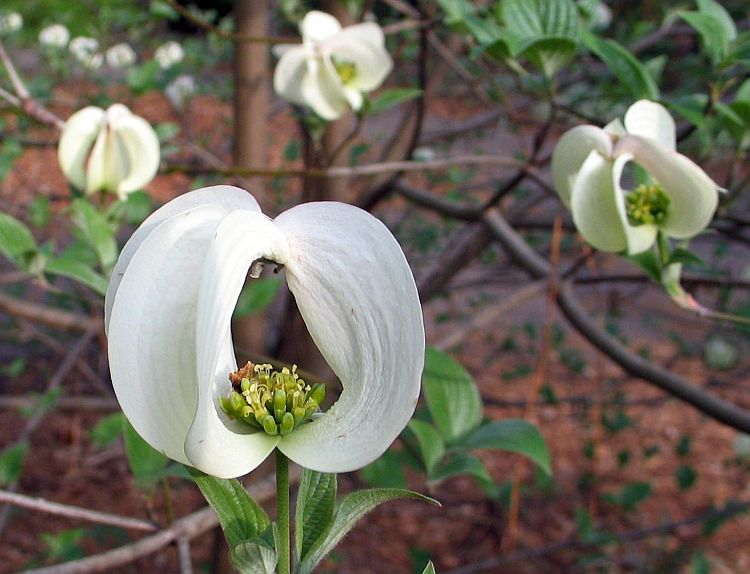 Judgment . . . ahh, there’s the rub. One botanist might see the morphological differences as minor and recognize a single, somewhat broadly defined, species: Cornus florida. Another might perceive geographical isolation to be paramount and thus grant elevated significance to its small but distinctive morphological characters and recognize a distinct species: Cornus urbiniana. And judgments occupying the middle ground could justify a name at the ranks of subspecies. Multiple scientific names exist for the magical Mexican Dogwoods because there are multiple ways to comprehend their essence. The rules of nomenclature do indeed provide for just a single correct name—depending first, on interpretation of the underlying biology of the plants. Since the Mexican Dogwoods can be interpreted in multiple ways, there are several correct names for these plants, each reflecting a different taxonomic judgment.

Finally, there is one other perspective, that of the pragmatic conservation biologist. We can argue until we are blue in the face about theoretical definitions of species, subspecies, and varieties, but failing to distinguish notably different biological entities risks abetting their loss from the biodiversity that graces our world, and supports our lives, yet is under threat in so many different ways. Preservation of species is important, but so is conservation of genetic diversity no matter how that genetic diversity manifests itself across the landscape or within the intricacies of the taxonomic hierarchy. A focus on conservation inspires motivation to “name it so we can keep track of it and not lose it!”

And that is the story of how to name Mexico’s Magic Dogwoods: you have no less than four choices. Call them what you will, your choice of name depends on your judgment of their essential nature. And, after all, don’t we want names of things to reflect fundamental truth? Or is that truths (plural)?