I decided to write this article for our chapter Newsletter, The Declaration, because of an experience I had two years ago.

On a family outing to the Dripping Rock area of the Blue Ridge Parkway, we explored a trail that leads from the west side of the Parkway. After a relatively short walk, we came to a grove of fringe trees and an overlook with a grand view of the Shenandoah Valley. I had been to that place before in May when the fringe trees were in bloom, but this was the beginning of July, and we kept going along the west side of the mountain. There were no spectacular views, but there were great numbers of butterfly chrysalises.

Butterfly chrysalises were clinging to bark and twigs, but most were fastened with delicate silk threads to large rock outcroppings. We saw no butterflies, but there were occasional caterpillars and many pipevine host plants. These were the chrysalises and caterpillars of the pipevine swallowtail butterfly. 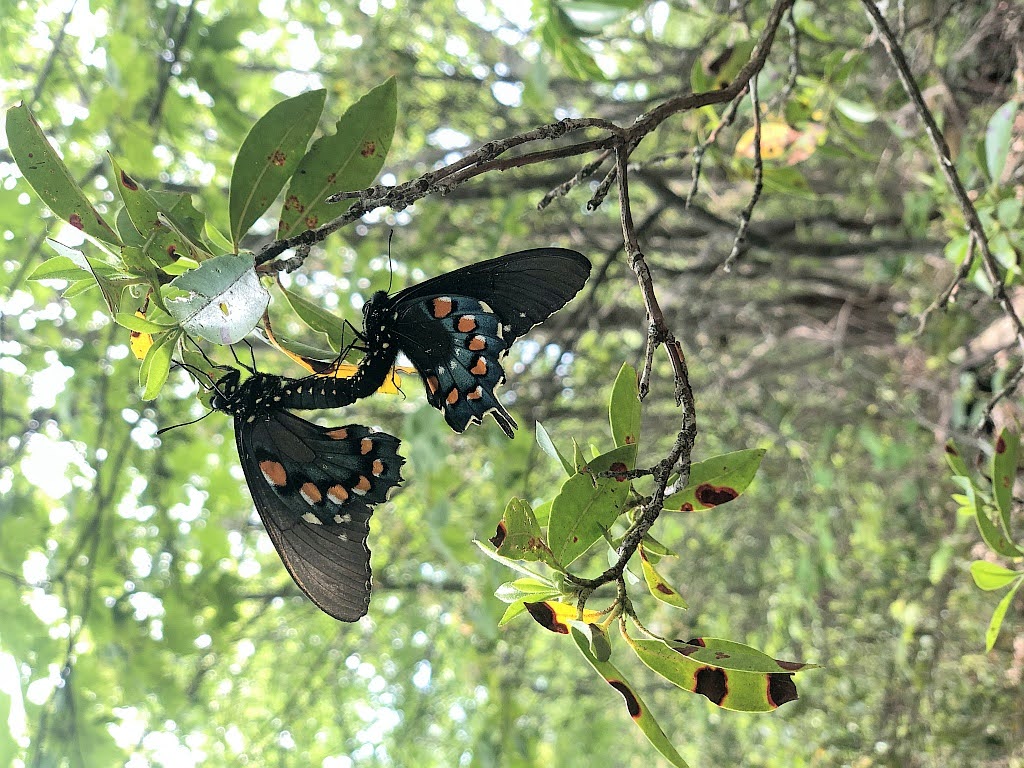 It is distasteful or toxic to many predators thanks to the aristolochic acids in the caterpillar’s host plants, which include all species in the Aristolochia genus that are native to the butterfly’s range (much of the eastern and central U.S. with an isolated population in California). Only two species of Aristolochia are native to Virginia — pipevine, Aristolochia macrophylla, and Virginia snakeroot, Aristolochia serpentaria. (Note genera based on USDA Plant Database)

In Virginia, pipevine is found mainly in the mountains as far north as Rockingham County. It is a high-climbing, woody, twining vine which can reach 30 feet or more and has large, heart-shaped leaves, but the really remarkable feature is the flower. It is mauve colored and shaped something like a curved pipe stem and bowl sometimes called the Dutchman’s-pipe. 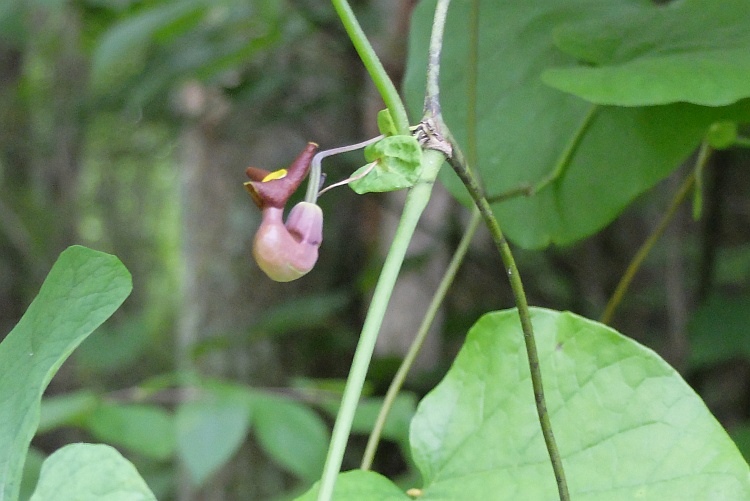 Like all Aristolochia species, pipevine also has a very interesting pollination mechanism. When the flowers first open, the stigma is receptive, but the stamens are immature and not releasing pollen. Small flies, dusted with pollen from another flower, enter the newly opened bloom, deposit pollen on the stigma, but then are trapped inside by downward-sloping hairs and slippery walls. On the second day and after pollination, the anthers release their pollen and the hairs begin to wither, allowing the fly, now dusted with fresh pollen from this flower, to escape.

The second native Virginia host plant, Virginia snakeroot, is found throughout the Commonwealth. It is a small herbaceous, woodland plant that is easily overlooked, but it too has a flower similar to that of pipevine, although not quite so curved in shape and located near the base of the plant where it can be hard to see. 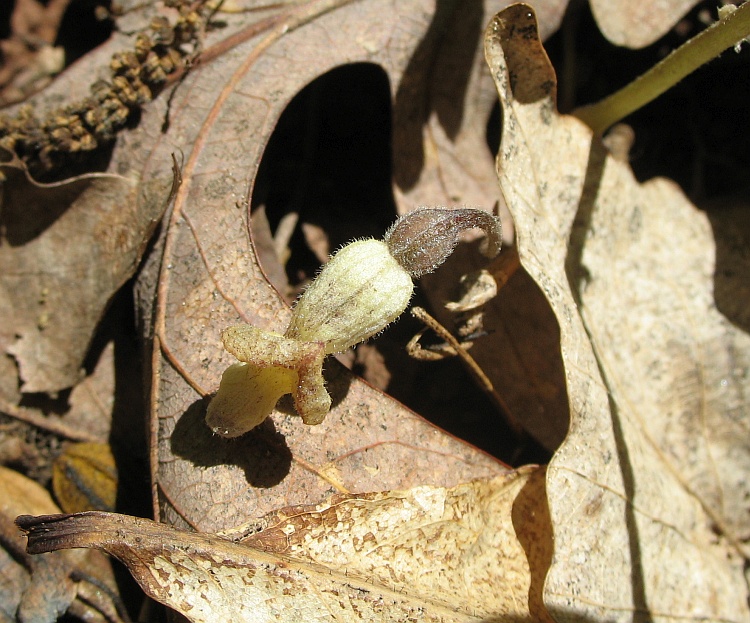 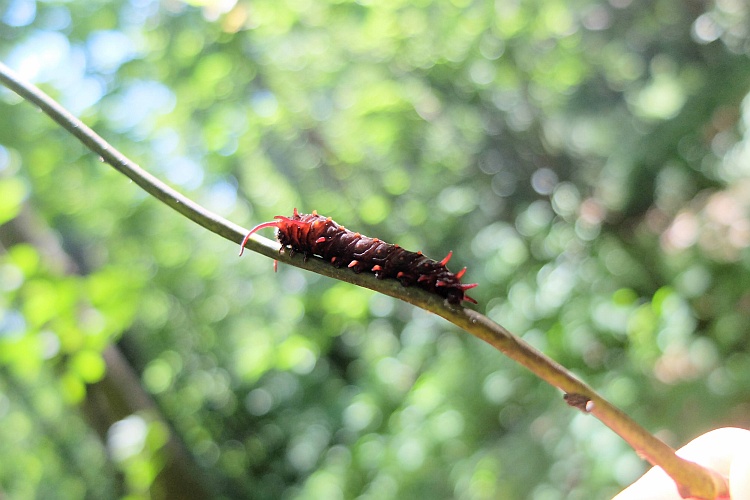 In Virginia, the pipevine swallowtail has two generations a year. Eggs are laid in small groups on young foliage or stems at the base of leaves. In their early instars, the caterpillars are gregarious. However, as they mature, they become solitary. Their coloration also changes. In our area the early instars are reddish while they later normally darken to nearly black with bright orange-yellow spots. Chrysalises may be brown or green, although brown tends to predominate. This is certainly what we found on our hike.

Watch Mary Lee’s Zoom presentation on the Pipevine Swallowtail on May 20, 2021 to the VNPS John Clayton Chapter.

Editor’s Note: This article first appeared in the Summer, 2020 edition of The Declaration, the newsletter of the Jefferson Chapter of the VNPS.