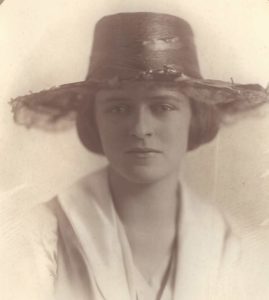 Almost a century ago, a bright, intelligent woman named Elizabeth Rawlinson roamed the Augusta County countryside in the southern Shenandoah Valley looking for plants and writing about her observations of the natural world. She was a well-known horticulturalist and writer and, and I would also categorize her as an early Shenandoah Valley environmentalist. I have been interested in Elizabeth for a number of years and was recently asked by the Augusta Garden Club to do a presentation about her as part of the club’s centennial celebration, so I have been delving into her story in greater detail.

Let me tell you a little more about her and put out a plea for any information that you might have as well that could help me make her story “blossom” so to speak. Elizabeth Seymour Rawlinson, born in 1901, was the only child of Lionel B. and Anne Cochran Rawlinson. Her mother was a Cochran from Folly Farm, a 19th-century estate just south of Staunton. Her father was a British aristocrat from England. He came to America when he was 22 to visit his uncle. While in Virginia he met his future wife, married, and the couple settled on land just over the hill from Folly. There they built Herringstone, named after the Rawlinson estate in England.

Like her mother, Elizabeth was a member of the Augusta Garden Club and the two women used Herringstone as a horticultural experimental station. Much of their work can still be seen today in the trees, shrubs, and flowers that continue to grow there. Elizabeth’s obituary noted that the grounds of Herringstone contained “many rare and beautiful plants and shrubs as a result of her skill and knowledge.” 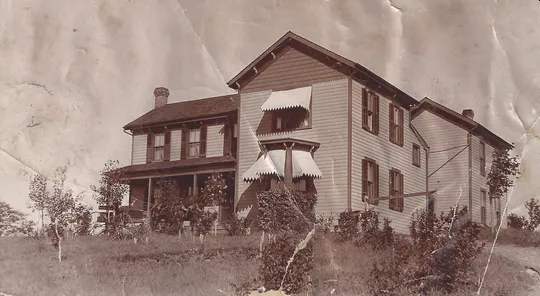 Elizabeth received her formal education at Stuart Hall in Staunton and at St. Hilda’s, an all-girls preparatory school, in Charles Town, WV. Where she received her horticultural and botanical training is uncertain. What is certain is that she was more than an amateur in the field. In the 1930s her writings were given top billing as a regular columnist in the New York Times, and she had articles in House and Garden and other horticultural journals. She was the editor of Garden Gossip, a newsletter published jointly by the Garden Club of Virginia and the Virginia Federation of Garden Clubs. And she apparently lectured widely on botanical topics. Her will describes camera equipment, a projector, and a screen.

But there was another most intriguing side of her life that I have just started to peer into. She apparently explored many of the natural areas in Augusta, Nelson, Highland, and Rockingham counties as well as other places in Virginia. Not only did she explore and write about these special areas with their unique plants, but she collected plant specimens, preserving and documenting them like a trained professional. Where she received training for that and who she corresponded with are all still shrouded in mystery. 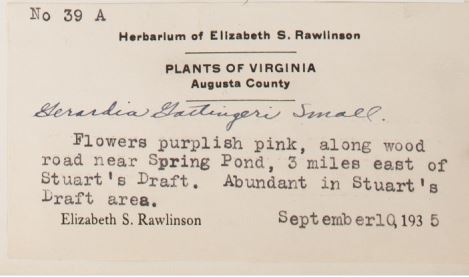 Elizabeth Rawlinson’s life was tragically cut short in 1942 by cancer — a long and very painful illness according to all accounts — during which she still soldiered on with her botanizing and writing until the very end.

Her will, recorded in the Staunton courthouse, mentions a number of items from her garden and horticultural exploits that now appear to be lost or mostly lost to time. The will mentions a collection of Kodachrome color slides, which no one can find, as well plant collecting equipment, and, to Robert C. Moncure she bequeathed “the black books in which I kept my gardening records.” A 1946 newspaper article about an Augusta Garden Club meeting notes that “Among her bequests was a remarkable collection of wild flowers, dried and mounted, the complete plant, including roots and blossom, with descriptions of the plant habits.”

The slides and black garden books have not yet been rediscovered. Moncure, mentioned in her will, appears to have lived in Alexandria and worked for the US Department of Agriculture. He was active in the American Rock Garden Society. I believe that he is buried in Lancaster, VA. I would love to track down his family to see if the garden books still exist. 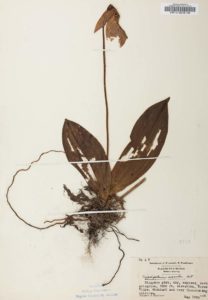 I have discovered bits and pieces of her herbarium collections, however, but nothing like the hundreds of specimens that she obviously collected. I have found eight or so items that have been digitized and are on line that scattered in a half dozen institutions and there are about 40 at Massie Herbarium at Virginia Tech. Jay Shaner and I spent a day at the herbarium where the staff there pulled everything they could find from Rawlinson’s collection and digitized it for me. However, judging from her numbering system, there should be hundreds of plant specimens. What I have seen are indeed remarkable — the work of a true professional. The plants, gathered and preserved by her in the 1930s, were collected from places such as Shenandoah National Park, Magnolia Springs (near Stuarts Draft), Stingy Hollow (near her home), Three Ridge (near Tyro in Nelson), Franklin Hollow (near Craigsville), Briary Branch (near Stokesville), Spring Pond (near Sherando), and a Cold Springs bog (near Greenville).

She was a pioneering conservationist in the 1920s and 1930s. A newspaper article from the time period talked about her speaking to a Roanoke garden club group on the importance of not collecting plants from the wild:

Stressing the need of preservation of native flowers, Miss Rawlinson pointed out that certain flowers cannot be transplanted but are nevertheless sold on markets to be planted in cultivated gardens. Thus, she said, the plant is lost both to the forest and the buyer, and the flowers are becoming scarce through such mistreatment. 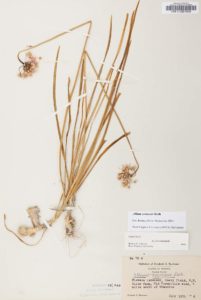 She was also a frequent contributor and correspondent in Claytonia, the Virginia botanical journal published by the Virginia Academy of Science. She had an article, note or query in nearly every issue. She helped document many of the bogs and sinkhole pond ecosystems as well as many of the rare plants in the area. For instance, in 1934, the October issue of Claytonia had an article by her about Roundleaf Sundew (Drosera rotundifolia), which she documented in southeastern Augusta County. In her botanizing excursions she traveled with some of the state’s most eminent botanists. On some of her southeastern Augusta trips she was in the company of Ruskin Freer, editor of Claytonia, for instance.

Nancy Sorrells is Editor of Sempervirens, the quarterly newsletter of the Virginia Native Plant Society.

This article first appeared in the Spring 2020 edition of Sempervirens, the quarterly newsletter of the Virginia Native Plant Society. 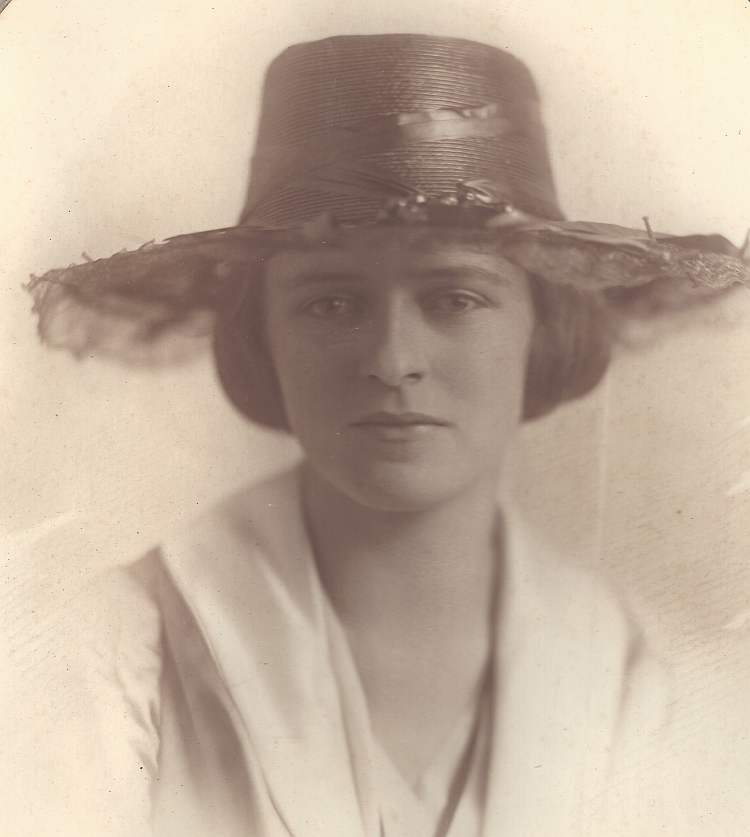