Back in 2014, John Townsend, VNPS Director at Large and Staff Botanist for the Virginia Department of Conservation and Recreation, wrote about A Tale of Shale: Virginia’s New Violet describing unique plant populations in north central Virginia. In this new report, John provides an update on the Viola and the discovery of two new potential taxa in Virginia’s Shale Region near the West Virginia border.

Virginia’s Shale Region, in the north central part of the state, includes sections of Douthat State Park, and Alleghany, Augusta, and Bath counties. This diverse area is well known for certain “botanical oddities”, including a suite of endemic plants. Endemic plants are unique to a specific geographic location or habitat type not found elsewhere in the world. 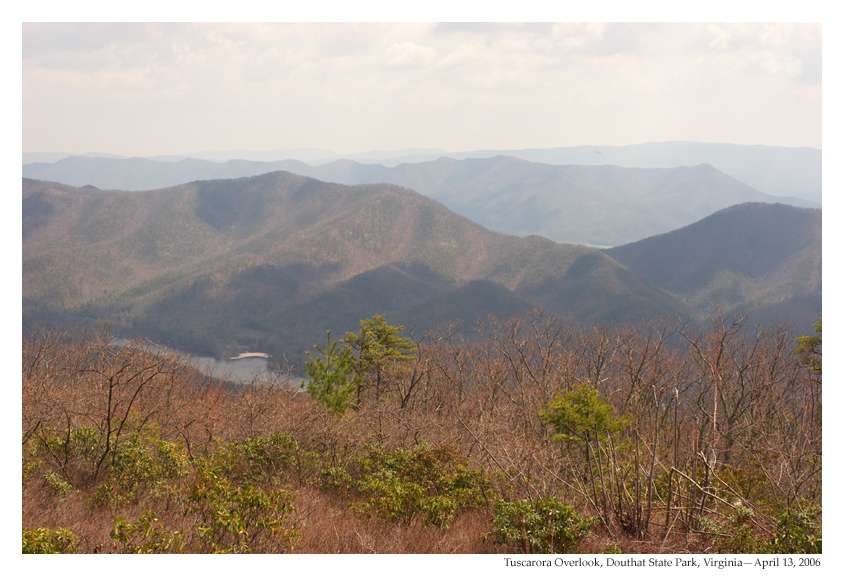 As described in A Tale of Shale, a new species of Viola has been under study by botanist Harvey Ballard of Ohio University since 2013. Found in shale barrens in Bath and Alleghany counties, this plant is an eye-catching taxon due to its strikingly dissected foliage. Dr. Ballard and his graduate students have been tracing the evolution of the taxon and others in the morphologically variable Viola palmata complex. This Shale Region endemic plant is now close to publication as a new species. Several beautiful photographs of Viola are available at Botany by Kim Blaxland.

In addition to Viola palmata, two new potential endemics have recently come to light in the Shale Region. 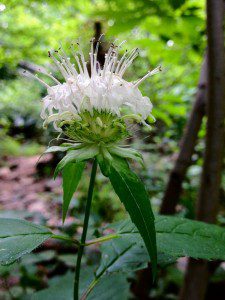 A novel-looking Monarda (Wild Bergamot or Beebalm) has been discovered on shale substrates near the West Virginia line by botanist Aaron Floden from the Missouri Botanical Garden. This plant seems closest morphologically to Monarda clinopodia (White Bergamot), a widespread forest species, but departs from it in terms of floral and leaf morphology. This taxon has been collected in the region several times over at least the last half century but was only recently discovered among herbarium specimens. Morphological and molecular investigations are continuing. 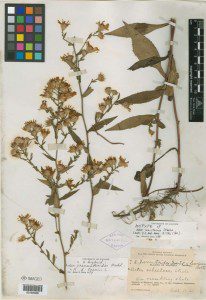 Aster schistosus, a reputed shale barren endemic, was named by Edward S. Steele in 1911 based on collections he made at a single site near Millboro, Virginia. A few collectors have investigated plants at the type locality and suggested that the plants are hybrids, with several opinions offered on possible parentage. During the 2018 field season, I discovered four new populations of plants matching the description of this plant in shale barrens of Bath and Augusta counties. The distinctive morphology of these plants and their occurrence over a larger geographic range in a region well-known for its endemic species suggests Steele may have been correct about the uniqueness of this taxon after all. More field and herbarium investigations are planned in 2019.

By John Townsend, VNPS Director at Large and Staff Botanist for the Virginia Department of Conservation and Recreation