Years ago, when I lived in Northern Virginia, my mom gave me a Mock Orange plant that had no scent. It was a shared plant from her friend Anna Davis in Rochelle, Virginia.

The plant was important to my mom because it reminded her of being young. With this particular plant, she was disappointed because it did not have the wonderful smell she remembered. Ultimately, she decided she did not want to keep it, so it grew happily (almost too happily) in one of my garden beds for several years. Sadly, when I moved, I forgot to take a clipping. 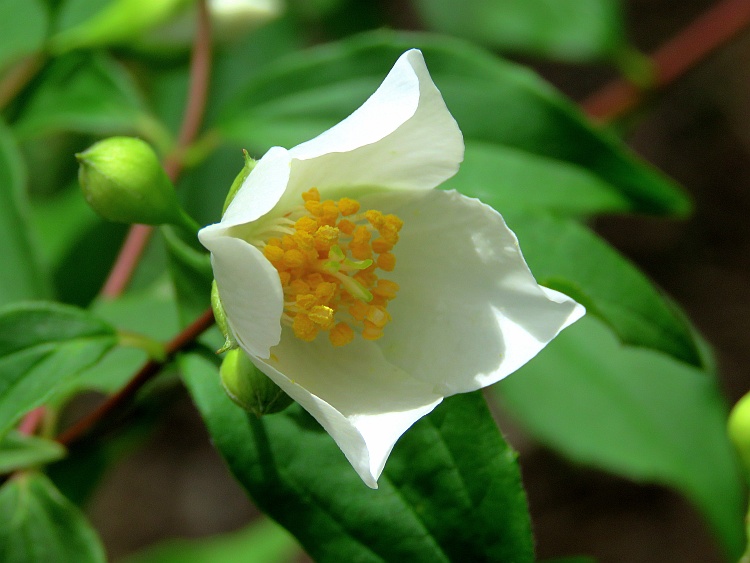 During one of my visits to fellow VNPS Jefferson Chapter member Pat Willis’ home, we somehow got on the topic of her Mock Orange shrub. Pat mentioned that her plant did not have a smell. She concluded that it might be the native Scentless Mock Orange (Philadelphus inodorus). When she mentioned the lack of smell, I was instantly reminded of my mom’s plant. I had read it was rare in Virginia, so I was a little skeptical that it was Scentless Mock Orange.

I had done some research on Scentless Mock Orange for Piedmont Native Plants: A Guide for Landscapes and Gardens. From that research, I learned that besides usually being devoid of scent, their flowers were usually found on the end of branches in groups of three. I also learned Scentless Mock Orange had 60-90 stamens while other Mock Oranges have 20-60. I became fixated on wanting to count those stamens however, I never seemed to make it to Pat’s house while her Mock Orange was in bloom.

One day, she offered to share her plant with me. I was thrilled and planted that small one-limbed shrub in my Tribute Garden, to remind me of my friend Pat, my mom and the Town of Rochelle, Virginia, the town my father grew up in. I was still skeptical about it being a Scentless Mock Orange, but it gave me joy.

For two years I waited for my little shrub to grow and to finally bloom. This spring it seemed to be in bud forever and the buds were mostly in groups of three and at the end of branches. Finally, the flowers opened up and I couldn’t wait to dissect one and count its stamens. I was absolutely thrilled when I counted 97 stamens. I instantly became a believer that this was in fact a Scentless Mock Orange. 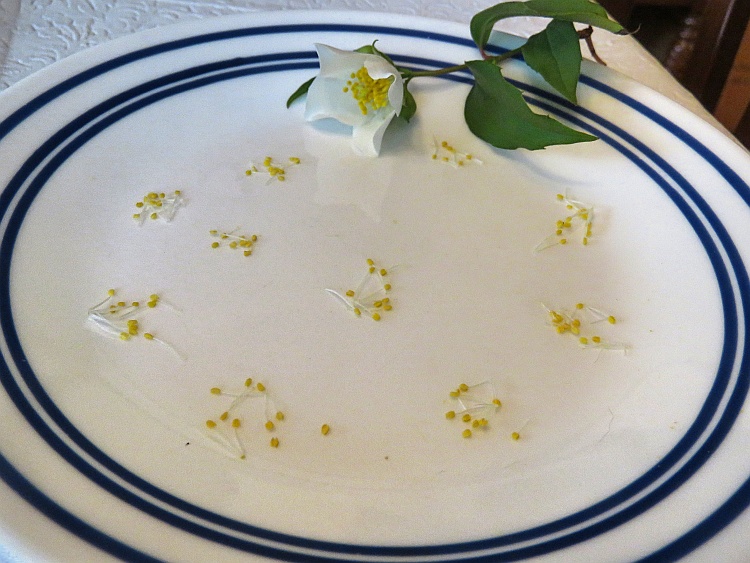 I posted photos on my Facebook page of a leaf (front and back), stems (old and new) and a photo of the stamens. In this way, I reached out to the larger community to see if anyone could confirm my tentative conclusion. Alan Weakley, one of the authors of Flora of Virginia. and an American botanist with expertise in the flora of the Southeastern United States, confirmed my identification responding “P. inodorus. Native, but very widely “old-fashioned” horticultural plant (esp. in the 19th century).” 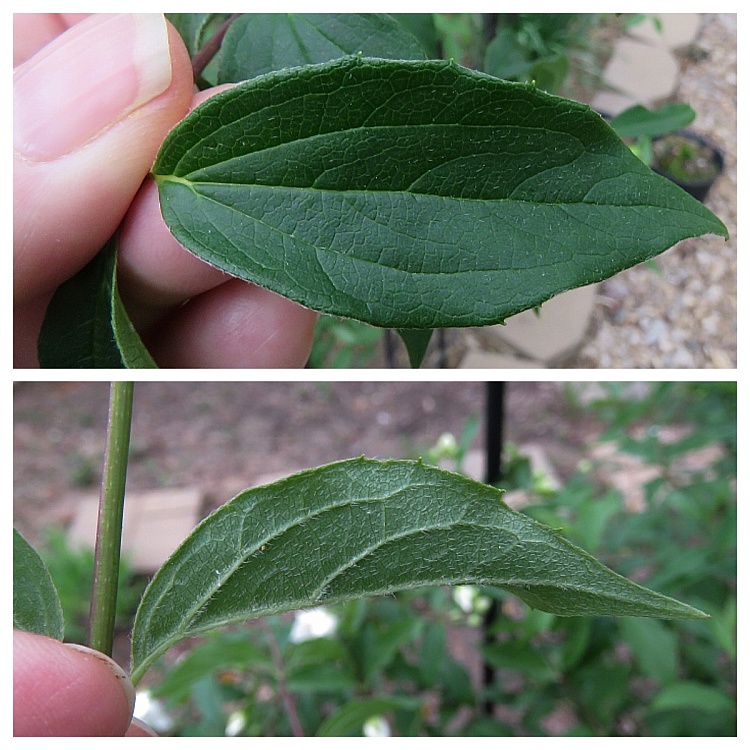 Mystery solved! This experience and discovery reminded me that I love having VNPS friends. They are kind, like-minded, and incredibly knowledgeable people who sometimes share the most awesome plants. Thank you, Pat!

All photos by Betty Truax

Editor’s Note: This article first appeared in the Summer, 2020 edition of The Declaration, the newsletter of the Jefferson Chapter of the VNPS.