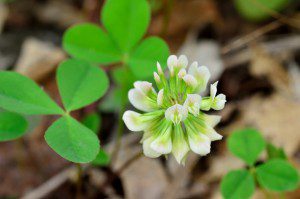 From Chris Ludwig, Chief Biologist, Virginia Division of Natural Heritage: “I understand that we are almost 90% of the way towards our fundraising goal for additional acreage on the tracts to enhance The Cedars Natural Area Preserve in Lee County Virginia. WAY TO GO VNPS!!!!  Many of you will never see this preserve; it is quite a haul to get there what with being farther west than Detroit, Michigan! But trust me when I tell you that The Cedars has a karst terrain unlike any other in Virginia and it is truly a botanical wonderland. Johnny Townsend and I spent three weeks there this growing season getting to know the tracts and the status of the rare plant populations. You may have seen the list of rare plants for the Preserve, but here it is again for you: 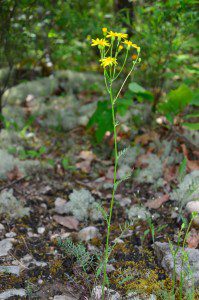 The density of rare plants here is almost unmatched in the Commonwealth. Johnny and I updated the information on almost all of these species this year and the two global rarities (Packera and Trifolium) number in the tens of thousands scattered over square miles. Both, along with five other rarities thrive in spots on the VNPS tracts.

Not only does this protection help the rare plants, it also captures some interesting karst terrain, solidifies the current northern boundary of the preserve, and allows us to manage this area for invasive species control! More good news: there are numerous rare subterranean creatures and other animals that will be protected here as well.

Thanks so very much everyone. I am proud to be a member!”
Chris

You can help us to reach our goal, we are almost there! Click here to Donate 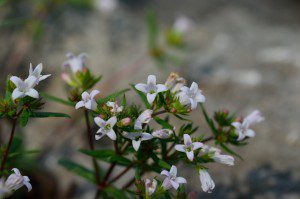