I’m back from far southwest Virginia, and I have to share.  The Virginia Native Plant Society contributed to purchasing land to join together some of the disparate tracts of The Cedars Natural Area. In appreciation, Rob Evans, Natural Areas Protection Manager, Virginia Natural Heritage Program in the Virginia Department of Conservation and Recreation (DCR), organized a wonderful two day event for VNPS members May 4 & 5: an opportunity I couldn’t pass up. 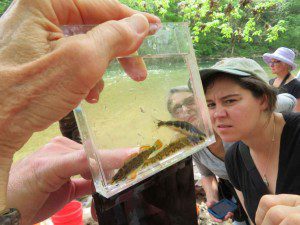 The Cedars is in Lee County, the farthest west bit of Virginia, in a karst region, where the limestone and its erosion create special conditions that make homes for rare plants and animals. On the surface, some spots are very dry even though the area gets more rainfall than DC, because the water drains directly down into caves and underground streams. Elsewhere, the underground streams pop up in karst windows, with very moist, rich flora. The caves themselves host rare, endemic species; and the Powell and Clinch Rivers that drain the area are home to an array of darters, freshwater mussels, and more. 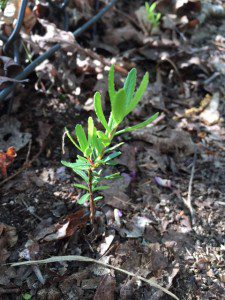 The event actually started Friday morning at Natural Tunnel State Park, with a walk led by Virginia’s Chief Biologist, Chris Ludwig, to see Canby’s Mountain Lover (Paxistima canby), which was not looking its best. Some of the slightly less rare plants were glorious, however: petite Canada Bluets (Houstonia Canadensis), growing right out of the rocks, Devil’s Bit orchids (Chamaelirion lutea), with markedly different male and female plants, and more spurred Viola rostrata, Lyre-leaf Sage (Salvia lyrata), and Robin’s Plantain (Erigeron pulchellus) than you could shake a stick at. 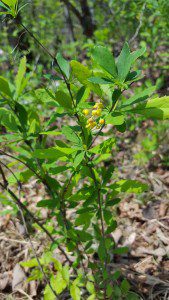 Then it was into vans to drive to Dry Creek in The Cedars, where we saw a forest floor covered with Goldenseal (Hydrastis Canadensis), walked up a trail where you couldn’t avoid stepping on Yellow Star Grass (Hypoxis hirsutis) while looking at Hoary Puccoon (Lithospermum canescens) to reach dry, open glades where White Blue-eyed Grass (Sisyrinchium albidum), Yarrow-leaved Ragwort (Packera millefolium) and the rare Running Glade Clover (Trifolium calcaricum) grew among Little Bluestem (Schizicharium scoparium)and other native warm-season grasses. (Among all the treasures, for me, the biggest treat was seeing actual native barberry, Berberis canadensis, after all the time I’ve spent pulling Japanese Barberry, B. thunbergii.) 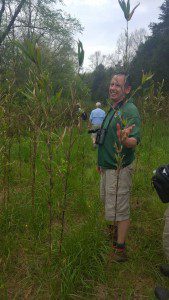 Back to the vans, to drive to Surgener Cave, where the group split up. Some went into the cave itself with Wil Orndorff, DCR’s cave and karst specialist. Some went down the creek a bit with Mike Pinder of Virginia Department of Game and Inland Fisheries to look at life in the water. And a few of us stuck with Chris Ludwig to bushwhack for Wild Hyacinth (Camassia scilloides) and came across blooming Giant Cane (Arundinaria gigantean), a native bamboo, Dwarf Larkspurs (Delphinium tricorne), Green Violet (Hybanthus concolor), and Two-leaved Toothwort (Cardamine diphylla), on the way.

Another van trip to reach a karst window, where the two Batie Springs bring water out of low caves into the daylight, past the lushest Twinleaf (Jefferson diphylla) I’ve ever seen, to flow through Daniel Boone Natural Bridge under the road, and off toward the Powell River. 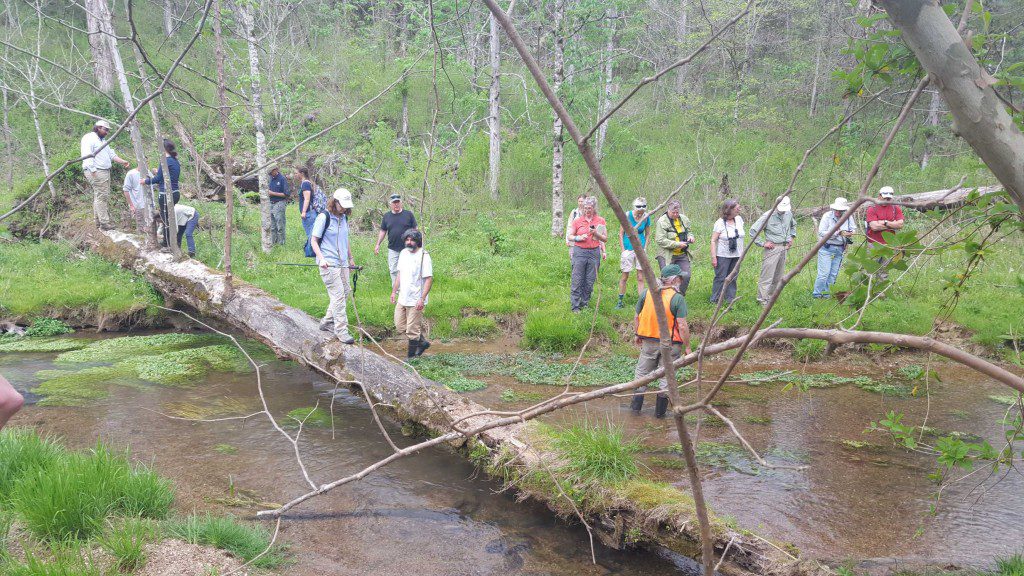 Then back to Natural Tunnel State Park for dinner and evening talks by Chris Ludwig: “The Cedars: its Natural Communities, Rare Animals, and Botanical Treasures”; and Wil Orndorff: “Little Blind Beasts of Lee County: Cave Life along the Wilderness Road.” 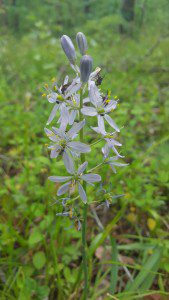 On Saturday (events open to the public, and many VNPS members had gone home), we started with a series of talks. Doug Ogle, professor emeritus, Virginia Highlands Community College, described “The Remarkable, Special, Singular, Exceptional, Noteworthy, and Extraordinary Cedars of Lee County.” His specialty is biogeography: why things are where they are. Mike Pinder presented “Amazing and Awesome Water Critters (Aquatic Diversity of Powell River).” The calcium in the water from the limestone is particularly good for growing freshwater mussels, which are harvested downstream for mother-of-pearl beads to form the cores of cultured pearls. I found the ploys mussels use to insert their young into the gills of a host fish so that they can disperse upstream as well as down most interesting.

Wil Orndorff “What’s in That Hole? Life Underground” told some of his wildest cave experiences, including the time he was called in to trace an underground stream because someone had set his sinkhole (well, the material he’d dumped into it over the years) on fire, and the fire department was concerned about where all the chemicals would be going. He also emphasized that all of the cave mapping in and around The Cedars has been done by volunteer spelunkers. 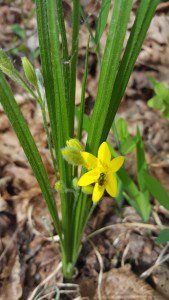 More talks: Rob Evans “Saving the World, One Natural Area Preserve at a Time,” Stephen Grayson on the vegetation management of Lee County NAPs (many of the rare plants live in open, SW-facing glades, that must be managed to keep the cedars from shading them out). The Lambert Ladies, a mother and daughter team, lifelong residents of the area who needed to learn what biological treasures it holds, formed the Friends of the Cedars to spread the word and support the preservation efforts. Finally Delegate Terry Kilgore, who lives closer to six other state capitals than to Richmond, addressed the group. 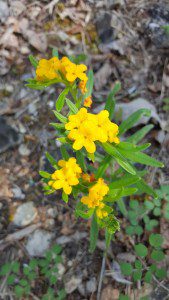 Then lunch and back to the vans to see Williams Prairie Glade where a formerly open area, long maintained as a horse pasture, has been completely overgrown with cedars. Steven Grayson led us to see where Rattlesnake Master (Eryngium yuccifolium) and other rare species have returned after manual removal of trees & shrubs (too slow), forestry mulcher (faster, but more needed), and fire (can cover more ground, but doesn’t remove larger cedar trees) have opened the canopy. More needs to be done, including acquiring land that will open access to the Glade, so that forestry mulchers and fire engines can get in there. Then we walked back through the forest, seeing more karst features and spring wildflowers.

Does this make you wish to visit The Cedars? Unfortunately, lack of parking & trails leaves it not-yet-open to the public, but watch for notice through Nancy Vehrs of the Conservation Partners Float Trip on July 19, or possible future repeats of this special event in a year or two. Of course, Natural Tunnel State Park is open to the public, and you can visit other Natural Area Preserves not too far afield with their own, different treasures: Pinnacle, Cleveland Barrens, The Channels, and Buffalo Mountain. And if you want to contribute (tax-deductibly!) to the Natural Area Preserve program beyond what VNPS does as a group, write to NAPF@dcr.virginia.gov.

(This article also appears in the June-August issue of Potowmack News, the quarterly newsletter of the Potowmack Chapter.)