Many thanks to all the participants, over 60 in all, who made the December 21, 2014 Winter Solstice Field Trip and Hooley at Ferry Hill, Washington County, Maryland such an enjoyable and memorable outing! 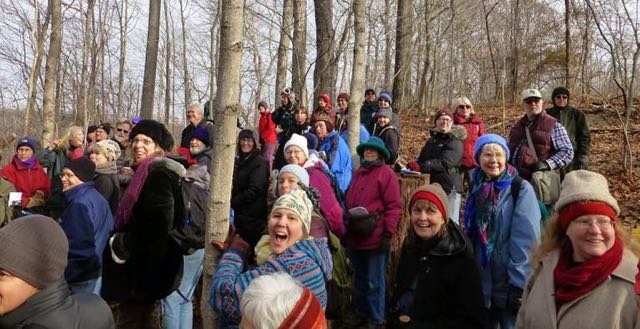 This event, traditionally held at one of the region’s old-age forest communities, is always a great way to welcome the winter season.  The usual line up of sponsors was in effect again this year; the Potowmack Chapter of the Virginia Native Plant Society, the Maryland Native Plant Society, and the Botanical Society of Washington, D.C.  Special thanks to field trip co-leader Carole Bergmann; to Greg Zell, who with expert assistance from the Maryland, D.C., and Virginia tree stewards and foresters, measured and scored the notable and champion trees on site; and to the numerous folks who assisted along the way, including all the wonderful photographers! 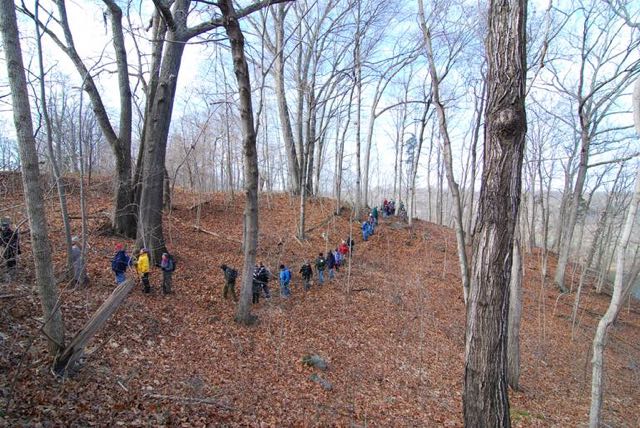 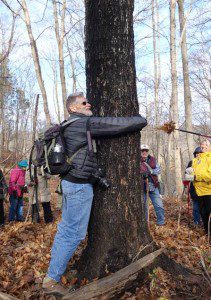 Apparently, the sooty, dark bark is caused by heavy “attacks” by sapsuckers, with the resulting sap flow providing a food base for the fungi (see: Black bark as an indicator of bird peck defect in sugar maple).  This is pretty much the situation described by Arlington-Alexandria TreeSteward and Smithsonian entomologist emeritus Ollie Flint during the walk, though with a New Zealand species of tree.

Next we see Greg Zell getting  help from everyone as he prepares to measure the new State Champion Black Maple. The tree has a circumference at breast height (CBH) of 5′ 8″; a crown spread of 46′ x 40′; a height of 85′. The total number of points gave the tree a score of 163 points. 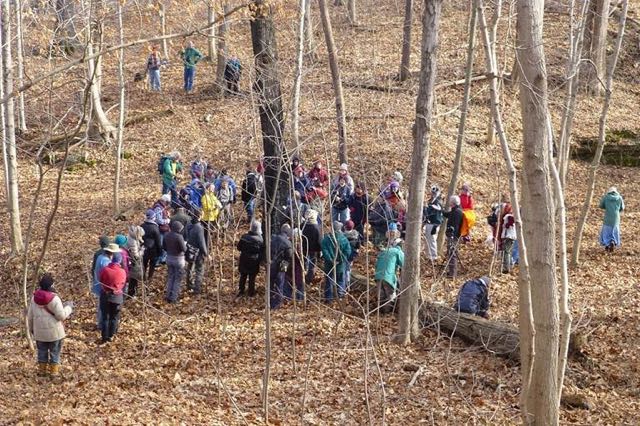 A new state Champion in the making! Photo by Steve Young 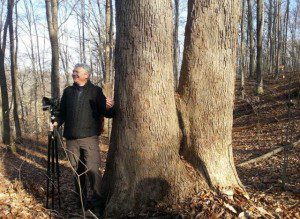 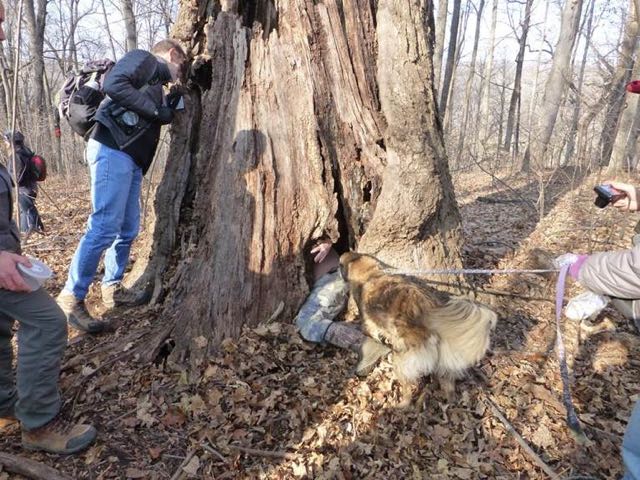 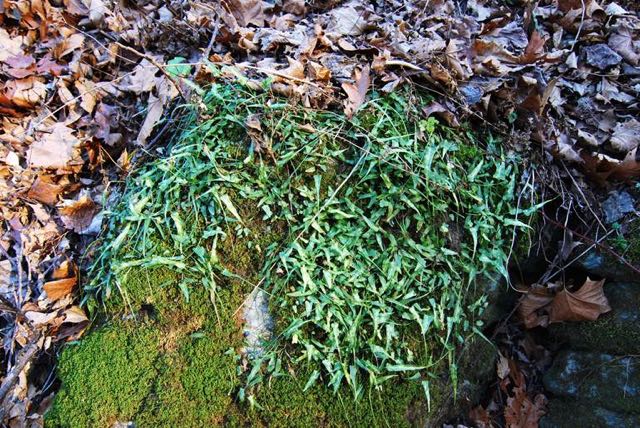 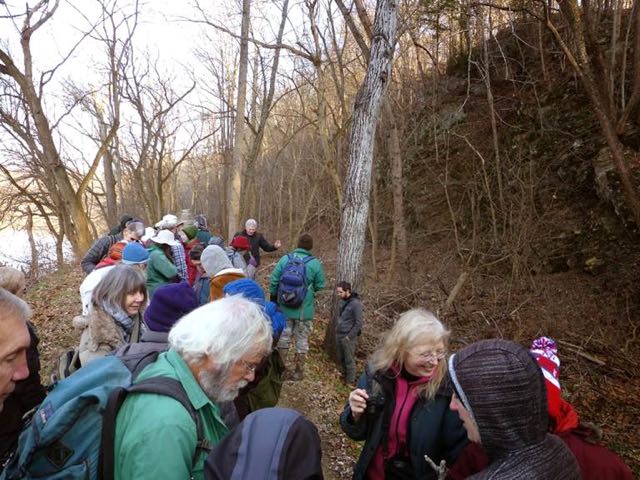 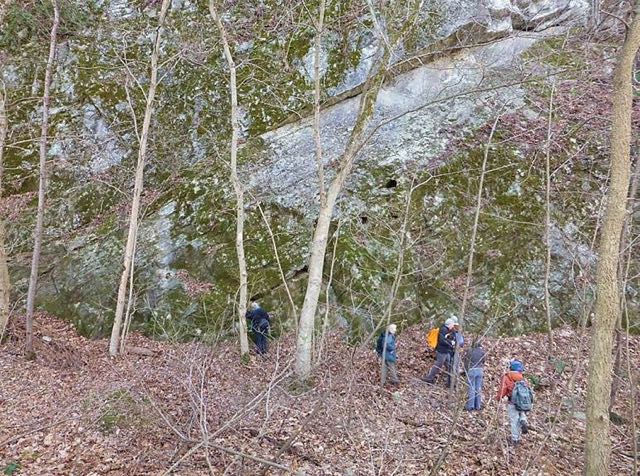 For more photos, check out Steve Young’s “solace of solstitians” photos: Solstice Walk at Ferry Hill Farm.
Lynne Cherry, writer and illustrator of nature-themed children’s books, naturalist, and film producer, gets credit for a subset of the pictures there

Hope you’ll join us on the Winter Solstice and Hooley next year!