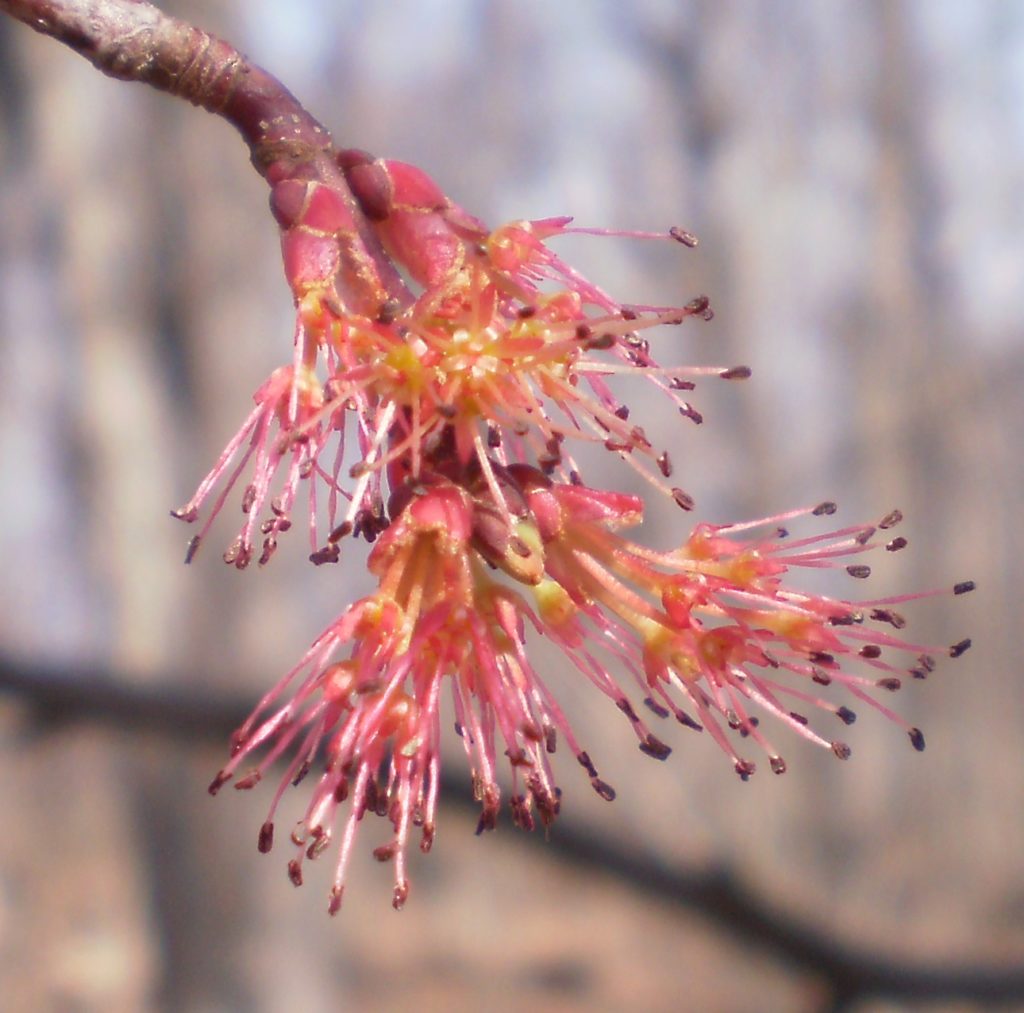 One of the first signs of spring is the red haze over the bare limbs of our local maple trees. This would be the male and female flowers of Red Maple. Typical of many species, the male flowers appear first as a yellowish pink, closely followed by the darker pink blossoms of the female trees. When fertilized, the familiar maple “keys” form and drop from the twigs like miniature helicopters.

Red Maple is a medium-sized tree with smooth gray young trunk bark and broken darker older bark. The highly variable leaves have 3 to 5 lobes and are whitened underneath. It is well named, as its flowers, petioles, twigs and seeds are all red to varying degrees.  However, this tree is most well known for its brilliant deep scarlet foliage in autumn. Many cultivars are available with varying shades of red and leaf shapes.

One of the most common and widespread deciduous trees of eastern North America, Red Maple ranges from Minnesota, east to Newfoundland, south to Florida, and southwest to Texas. Usually occurring in low, wet sites, this tree is adaptable to a very wide range of site conditions. It can be found growing in swamps, on poor dry soils, and most anywhere in between.

Red Maple will tolerate some air pollution and is easy to transplant. With striking fall foliage and pleasing form, it is often used as a shade tree for landscapes. Maple syrup and lumber production occur on a small scale from red maple.

This is the State Tree of Rhode Island.