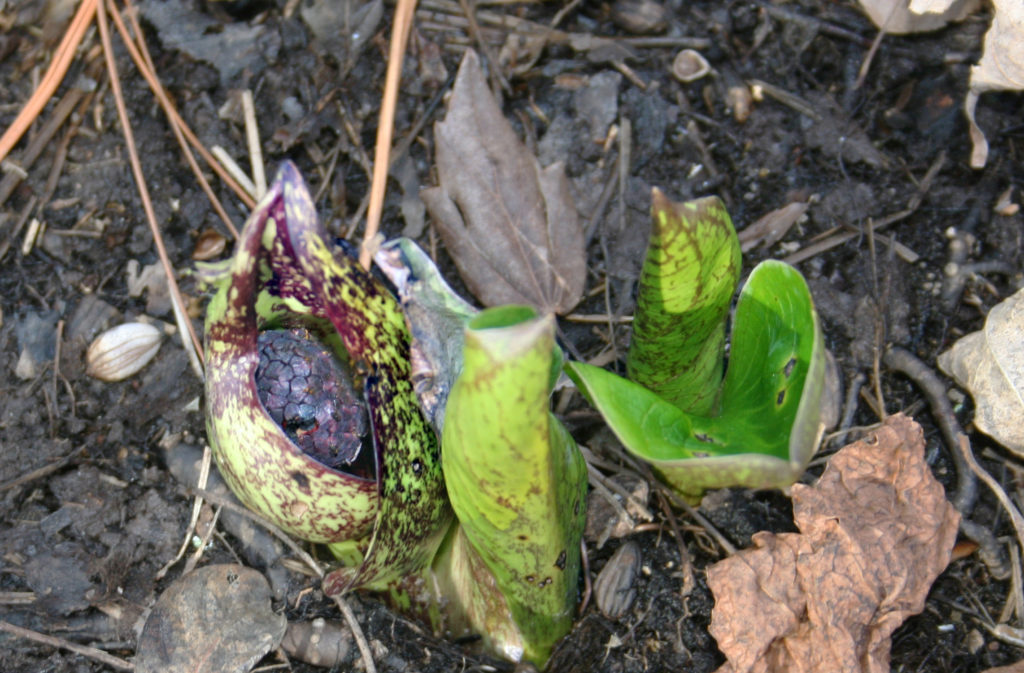 Poking up through the snow is a purple-brown and green mottled hood, which is a modified leaf, 2–5 inches long. Inside is a nearly round flower head with many small, tightly packed individual flowers. They “bloom” when stamens emerge above the four tiny sepals. After the pollen has been released, the stamens wither, and a style grows out of the middle of each flower to be pollinated by insects with pollen from other flower heads.

The flowers of Skunk Cabbage have no colorful petals to attract pollinating insects. Instead, they emit an odor similar to decomposing flesh which attracts the first insects of the year, usually carrion and dung flies, but also beetles, bees and mosquitoes. 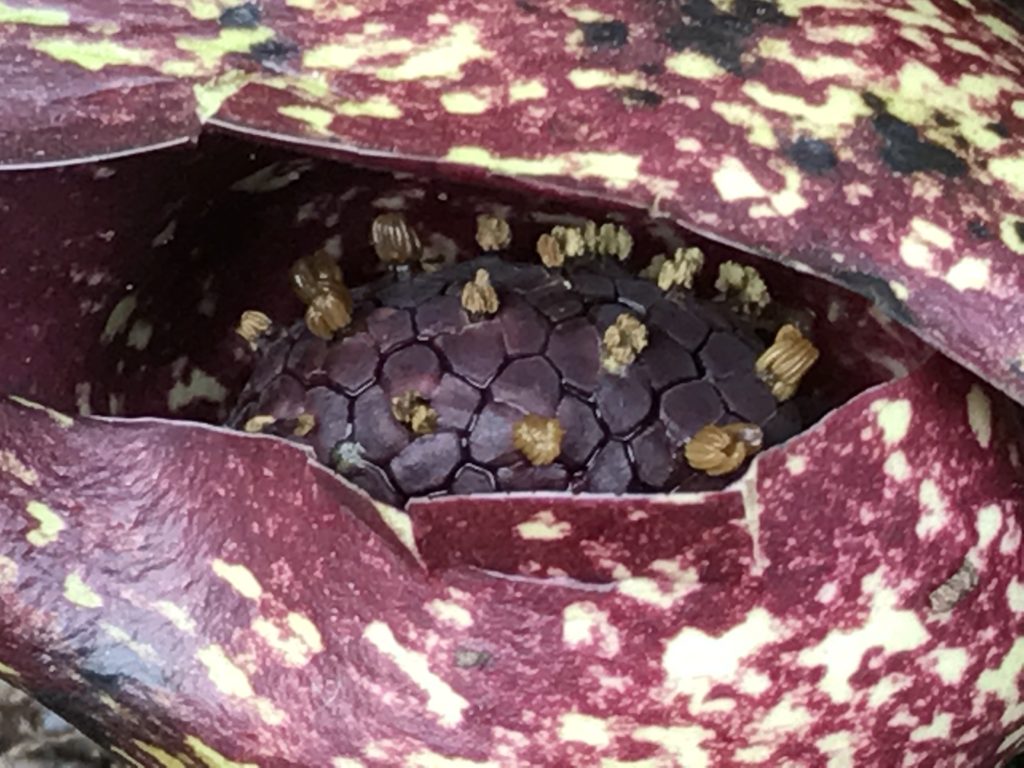 Biologists have found the flowers produce warmth over a period of 12-14 days, remaining an average of 36 degrees F about the outside air temperature, day or night.  Like a warm-blooded animal, they can regulate their warmth.  The heat and foul smell attract the first pollinating insects of the year, usually flies.

After the plant blooms, large oval leaves resembling cabbage unfold and can grow 3-4 feet long.   By mid-May a wetland can be covered with skunk cabbage leaf rosettes.  By June the leaves begin to decay; since the plant forms no woody fibers, a large part of the leaf and stem is water, and the leaves simply dissolve.   By mid-June the fruit heads are roundish balls, wine-red, about two inches in diameter.  In August the fruit head falls apart, leaving seeds on the ground to be eaten, to decompose, or to germinate. By the end of summer, no trace of the plant is left but a fully-grown skunk cabbage has a massive root system, with several years’ reproductive parts partially formed within. 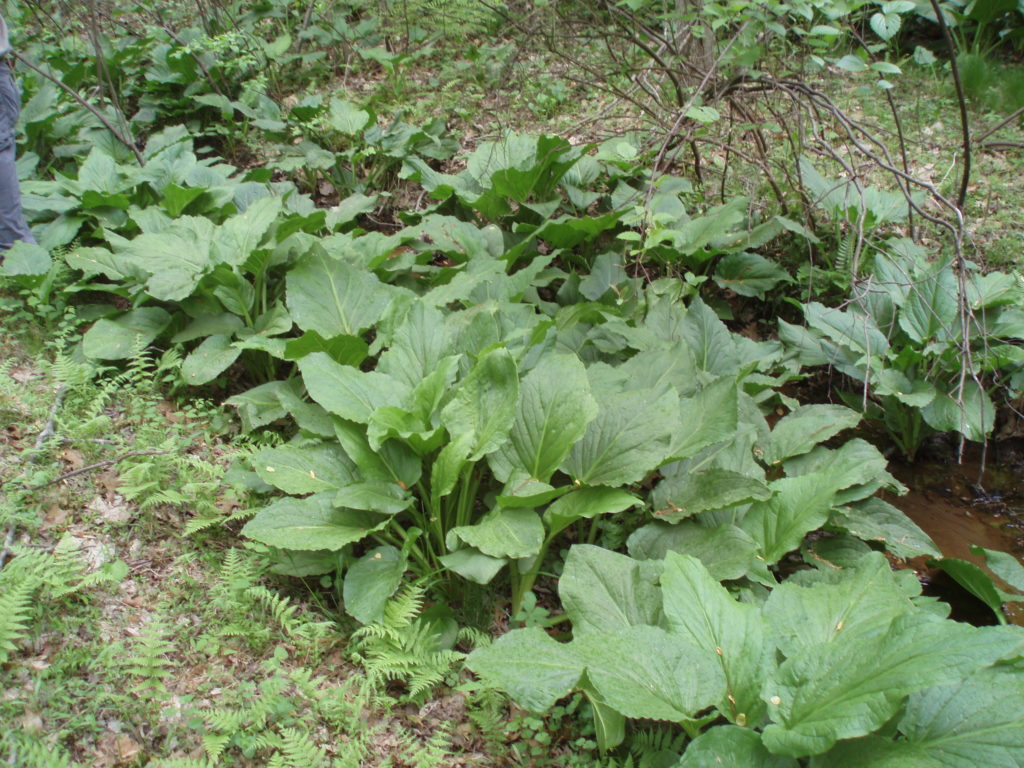 Skunk cabbage is widely distributed in the state of Virginia, its range extending to Georgia and West Virginia. The range extends from Quebec and Nova Scotia to North Carolina and west to Minnesota and Iowa. A nearly identical plant of northeast Asia is a close living relative. Three other members of the huge, mostly tropical Arum family are familiar in the Coastal Plain — Jack-in-the-Pulpit (Ariseama triphyllum), Arrow Arum or Tuckahoe (Peltandra virginica), and Golden Club (Orontium aquaticum).

Calcium oxalate crystals in the leaves are irritating if eaten and may be toxic. With these crystals and the disagreeable scent, most animals will avoid eating them, except when the leaves are young in the spring. The roots are considered toxic, but Native Americans used them for cramps, convulsions, toothaches and as a poultice for wounds. Early physicians used the leaves for coughs, asthma, and externally in lotions for itching and rheumatism.