This low-branching shrub or small tree can furnish year-round interest, with winter-blooming flowers. From late fall and into winter, fragrant yellow flowers, each with four, crinkly, ribbon-shaped petals, grow in clusters close to the stem. 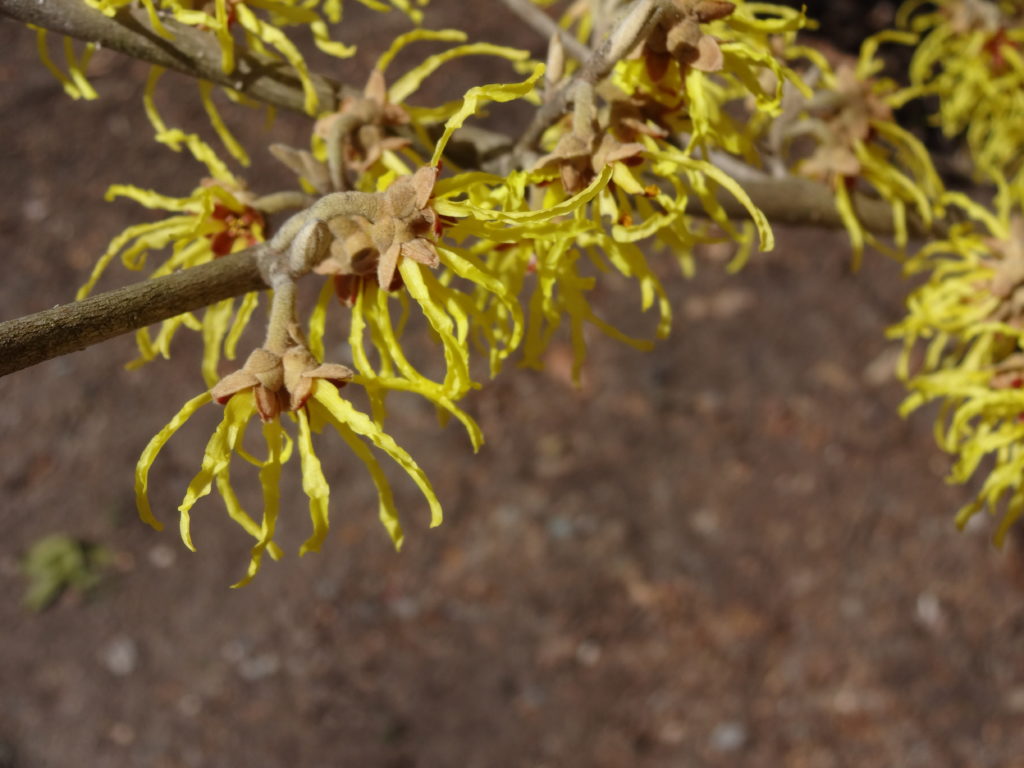 Throughout the summer the branches are covered by broad, slightly pointed dark green leaves that turn a brilliant gold in the fall.  In late summer the leaves often show small triangular growths – these are created by the witch hazel cone gall aphid.  Although their presence on leaves suggests some type of disturbance, galls usually do not harm their hosts.

In late winter the flowers are replaced by greenish dry fruits (capsules) that become woody with age, maturing to light brown.  These seed capsules mature in two years, splitting open the following fall to release black seeds over some distance.  Witch Hazel likes rich, acid soil and moist to dry drainage in full sun to part shade.   It is easy to grow in the home landscape as a hedge, foundation planting, and in a rain garden.

There are only 5 species worldwide of Hamamelis, 3 that are native to North America, one in Japan, and one in China. H. virginiana is common in the mountains and Piedmont of Virginia, infrequent naturally in the Coastal Plain and throughout eastern U.S. and Canada.  The rootstock of this species is often used when grafting cultivars of Asian origin. The Chinese Witch Hazel (H. mollis) is widely sold noted for its larger yellow flowers and stronger fragrance.  Other cultivars are available in the nursery trade; many are hybrids between the two Asian species and/or Ozark Witch Hazel (H. vernalis).

A widely used medicinal herb, the North American Indians used Witch Hazel bark to heal wounds, treat tumors and for eye problems.  The bark is astringent and hemostatic; a homeopathic remedy is made from fresh bark and used to treat nosebleeds, hemorrhoids and varicose veins.  The bottled Witch Hazel is a steam distillate, used as an external application to bruises, sore muscles, and inflammations. Seeds are eaten by ruffed grouse and squirrels.  Witch Hazel is pollinated by winter moths that fly when temperatures are above freezing.  Leaf litter protects the moths during cold nights. 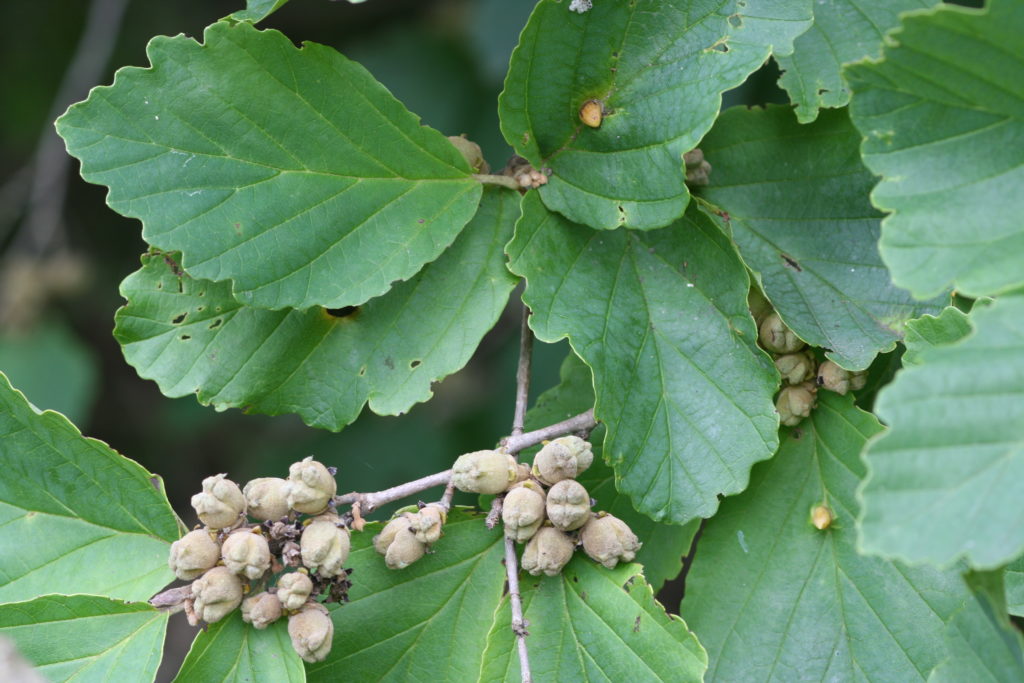