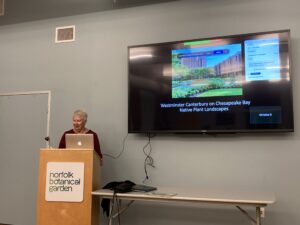 Janet Pawluckiewicz during her presenation at the Norfolk Botanical Garden.

Janet Pawlukiewicz has a B.A. in Biology from Long Island University and a Masters in Public Administration from  George Washington University.  She and her husband Michael are currently residents of Westminster-Canterbury on Chesapeake Bay where she is Chair of the Landscape Committee.

During her career, she worked at the Smithsonian Museum of Natural History, the US Environmental Protection Agency Water Program and the Trust for Public Land.

Since retirement, Janet has been active in environmental programs.  She is a member of the Board of Lynnhaven River Now.  Pre-COVID, she volunteered for the Whale and Dolphin Discovery tours at the Virginia Aquarium.  She recently retired from serving as First Vice-President of the Virginia Native Plant Society and, before that, she was the editor and project lead in the publication of a book entitled Native Plants of Northern Neck.

The whole purpose of the landscaping changes at Westminster-Canterbury is to create and enhance wildlife habitats. Below is transcript from her presentation. (Thanks Janet)

Over the past three years, along with more familiar ornamental plants, we have converted approximately 2.5 acres, about 1/3 of our landscaped area, to predominantly native gardens.

The primary goal of this transformation has been to create wildlife habitat while beautifying the campus. As you know native (or indigenous) plants are well adapted to the environment.  So, they generally require less fertilization, pesticides or watering than non-native plants and withstand the harsh conditions we have here—wind, salt spray, sandy soils and occasional droughts.  Those are pretty good reasons.

But more importantly, there are very disturbing trends that drive us.  A staggering number of birds and insects have died off in the last 40 years. 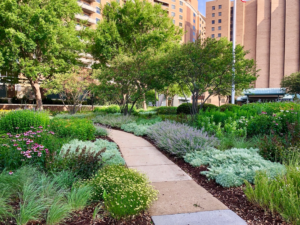 Our first endeavor with incorporating native plants into our gardens began in 2018. We worked in an area that was mostly spreading liriope and grass, with a few shrubs and bulbs. We converted that to a meadow garden with predominately native plants like Black-eyed Susan, Penstemon, Common Milkweed and native grasses.  Garden pathways show what a nice affect you can get when mixing natives and non-natives. The path is lined with non-native purple Catmint and Silver Mound Artemesia along with native Coneflowers and Threadleaf Coreopsis.

In this area, we converted turf grass to all native plants. Our goal in planting the beach-side swales was to ”frame the view” and provide some filtering of the runoff from the lawn areas.

Our native plants have attracted many pollinators and provided great enjoyment to the residents of the senior living community. 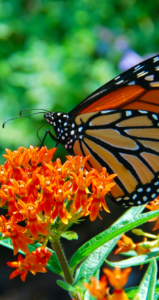 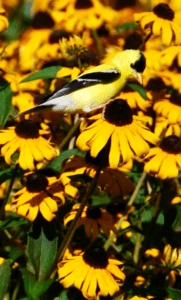 The project has been extremely gratifying. We built it and they came.

At first, people asked where’s the color. We explained that the gardens will change over the seasons, they are not static.  Now people declare they feel like they live in a botanical garden.

Dr. Musselman (Figure1) is a recognized Mary Payne Hogan Distinguished Professor of Botany & Eminent Scholar at Department of Biological Sciences of Old Dominium University. With an extensive research career is an expert in taxonomy, ecology, evolution and control of parasite weeds and other important fields in the ecology-biology sciences. 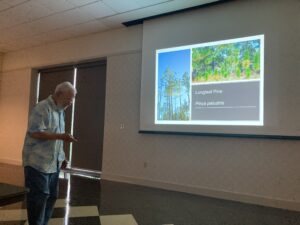 Figure 1: Dr. Musselman during his presentation

During his presentation, he talked about the ecological and historical importance of one species of tree important in our area where we have our chapter, this the Longleaf pine tree (Pinus Palustris).

This species of pine tree only can be found in in the Southeast of the Virginia, although its area covers up all the south of United States (Figure 2). Longleaf Pine is an evergreen gymnosperm tree that may grow 60 to 120 feet tall. The tree has 8- to 18-inch slender and feathery needles in clusters of 3. The needle clusters tend to be tufted at the end of branches. This tree produces numerous, dense, long-needled fascicles. As the tree ages, the bark thickens forming irregular, flaky plates. In spring, long, yellow-red, male and oval, purple, female flowers mature.

In particular, he talked about the Longleaf pines that are present at the The Zuni Pine Barrens, which is a cooperative conservation project made up of the Blackwater Ecological Preserve (Old Dominion University) and the Antioch Pines Natural Area Preserve (Department of Conservation and Recreation).

The Longleaf pine (LLP) ecosystem has shrunk from 93,000,000 acres to 3,000,000 acres since colonial times. There are about 200,000 LLP acreage left in Virginia.  It has very high biodiversity; among the highest number of species per unit area, with many endemics.

The Pine Barrens were not suitable for agriculture due to their very thin, sandy, bare soil. But the Longleaf Pine met its fate through fire suppression, cutting (heaviest and hardest of all the pine woods), and invasive species especially hogs. Hogs were first dropped off in the Americas by the Spanish who wanted a source of meat to return to. Hogs can devour up to 100 LLP seedlings per day, and did.  Later there were regular roundups of feral hogs into the Norfolk area numbering into the thousands. This was the beginning of the Smithfield ham industry. 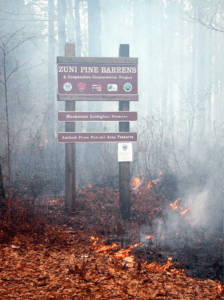 Figure 3: Regular burning is essential to restore and maintain the longleaf pine system

The Naval Stores industry was another blow to the Longleaf Pine.  Naval stores consist of tar, pitch, turpentine, and rosin. Britain was dependent on naval stores from Sweden in the 1600’s.  The preferred species used was the Scots Pine Pinus sylvestris. Sweden had a monopoly on naval stores.  Then Britain turned to Pitch Pine (Pinus rigida) along the New England coast around 1715.  This was ruined by destructive harvesting all along the coast.  Then Virginia came to the rescue. 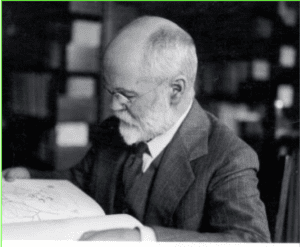 From 1937 to 1941, Merrit Fernald published on his botanical research in southeastern Virginia. One of the areas he explored is now the Blackwater Ecologic Preserve. We have his observations of 80 years ago to compare with today.

The weather was really good and pleasant and invited a big number of people to attend the event (more than 400). Due to the ongoing COVID-19 pandemic and following the recommendation of the Virginia Department of Health and the City of Virginia Beach, people had to pre-register through Eventbrite and also wear a mask.

During the event, there were more than 2000 native plants, perennials, shrubs and trees available for sale to all who attended. The common thing of those plants was their affordable price which makes it nearly impossible not to buy some.

Attendees were able to find multiple options of plants. Depending on their preferences, customers could buy native plants which require full sun, part sun or shade conditions. They were also able to choose multiple options such as flowers which attract pollinators, shrubs who feed multiple birds or trees which host multiple biodiversity of fauna like the live oak.

Finally, the event was a success for the VNPS South Hampton Roads Chapter which sells a great variety of native plants at an affordable and accessible price to people who are more interested and committed to preserving and promoting good new habits on gardening and landscaping and thinking about the benefits of our native plants to our environment, biodiversity and future generations.

Amy Jones' masterpieces of Flower of the Year Posters can be seen at NBG now.

Amy Jones of our South Hampton Roads Chapter has created another masterpiece poster, this time of the 2021 Wildflower of the Year, American Wisteria (W. frutescens). For the last ten years or so, she has produced a poster of our WOY. This edition was created on PVC board to make it waterproof. This original  for the 2021 Wildflower of the Year is framed and will be displayed at the Norfolk Botanical Garden in March. Copies will also be available in the gift shop, with proceeds benefitting the NBG and the Virginia Native Plant Society.

The VNPS South Hampton Roads Chapter donated and supported a William's Eagle Scout Project at Catholic High School in Virginia Beach. A total of 50 plants were planted for a 100 square foot project located at Catholic High School, VB. Most of the native plants are consistent spreaders such as Long Leaf Blue Lobelia, Long Leaf Mountain Mint, Lynnhaven Carpet, Green Eye Coneflower, Blue Mist Flower, Cardinal Flower, Swamp Milkweed, Swamp Sunflower, Bearded Tongue. Now, students can learn and appreciate the benefits and beauty of native plants. The Ecology Club will plan to take care of the garden during the school year. They will be rewarded with pretty flowers and the visit of all kind pollinators. Good job guys!!. #vnpsshrc #ecologyclub #catholichighschoolvb #nativeplants