The New River Chapter launched its Wong Park Project (WPP) with a picnic at Wong Park in Blacksburg on September 21, 2014.  The WPP is an educational effort to let people know that there is a chapter of the Native Plant Society in the Blacksburg area by furnishing public displays for a soon to be constructed bulletin board at a public park.

David Darnell, who works for the Town of Blacksburg, has negotiated with the Parks Department to have the town install the outdoor bulletin board next to one of the trails in the park.  The chapter will use it to post educational material about native plants.

One of the first displays we will make is of the wildflowers that grow in Wong Park in the various seasons.  Other options include signs teaching folks:

Wong Park is about 9 acres, with a good portion of the land in an un-mowed meadow.  Both grassy and paved trails are in the park, and many people come there to walk their dogs, enjoy a picnic, or just enjoy a stroll.  It is on Wilson Street just a few blocks from downtown Blacksburg. 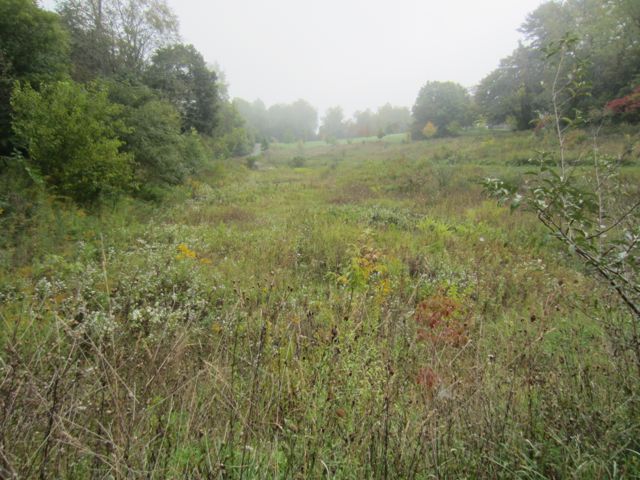 Meadow at Wong Park in Blacksburg

The day of our picnic we started with a walk around the park, led by David.  He pointed out native trees and wildflowers, as well as some of the invasives that need attention.   Several goldenrod species,  blue fall aster, (Symphyotrichum novae-angliae),  orange coneflower, (Rudbeckia fulgida), and  green-headed coneflower, (Rudbeckia laciniata ) were prominent in the meadow. 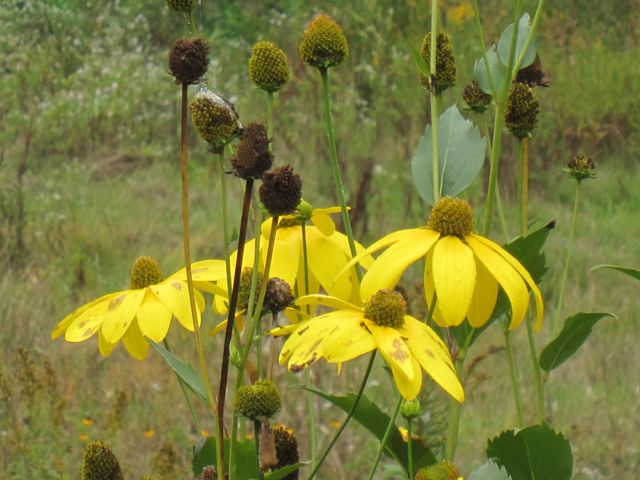 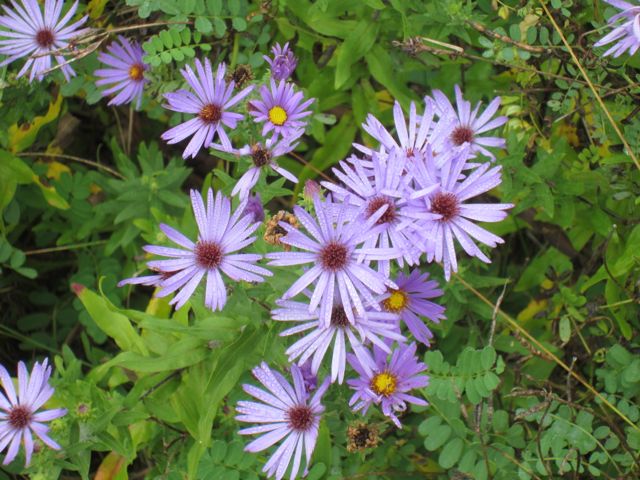 After our walk we enjoyed an unusually gourmet potluck picnic which included stuffed grape leaves, homemade quiche, homemade black bean humus, and many other dishes.   Yum!