This public park preserves and displays a diverse diabase community in the Triassic Basin of northern Virginia. Such communities are now rare in the area and, therefore, in need of conservation. Within its relatively small area, the park contains a remarkable variety of habitats with an unusually rich, intact and diverse flora that is representative of diabase soils. OPEN

Runnymede Park in the Town of Herndon is a natural haven of forest, marsh and meadow with many trails, some paved, on Herndon Parkway north of Elden Street. It covers 58 acres along Sugarland Run, a Potomac River tributary named for sugar maple trees that were tapped by Dogue Indians and early settlers. It lies within the Triassic Basin, on diabase rocks that are exposed in places by the stream. 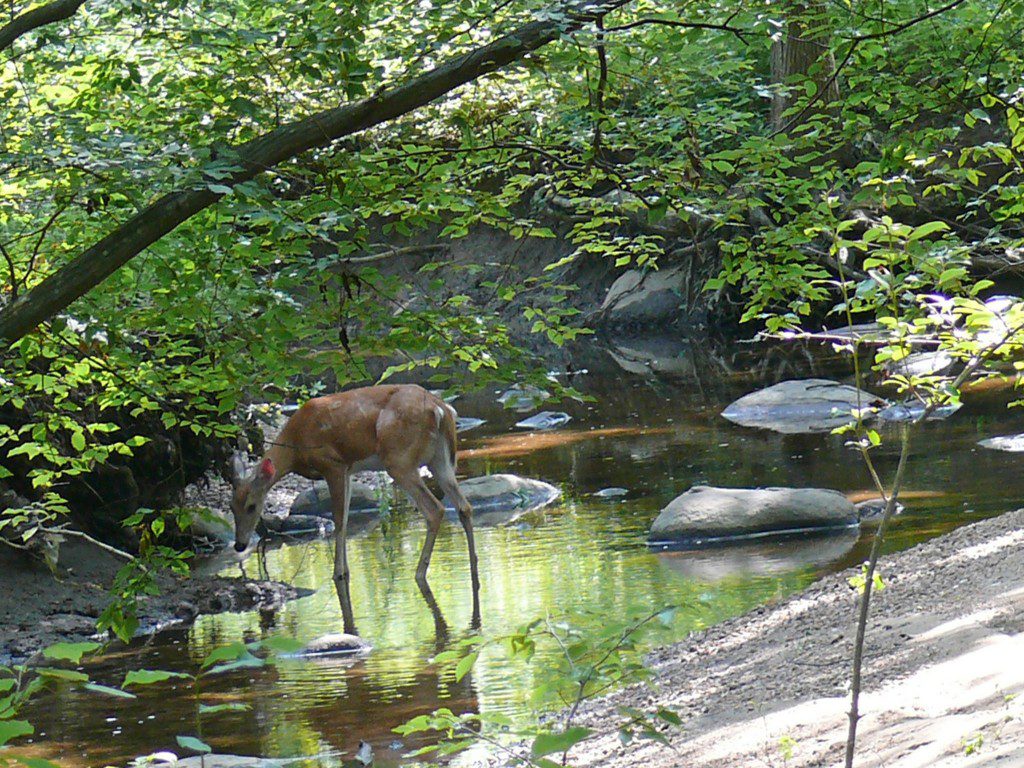 The Town of Herndon purchased the land in 1973, 1987 & 1988 and named it for Herndon’s sister city in England. Then it took three more years to settle what to do with the park, with VNPS’s Ann Csonka (now deceased) and her husband, John DeNoyer, championing the ultimately successful “Keep Runnymede Natural” campaign. In March, 1993, a major diesel oil spill down Sugarland Run wiped out muskrats, beavers, and aquatic life, leading to permanent changes in the landscape. The stream has since recovered with excellent fish diversity found in the annual sampling done by the Virginia Department of Game and Inland Fisheries and the reestablishment of beaver families in the park. Two picnic shelters and an expanded parking lot and interpretive garden were added in 2006 and a chimney swift tower was erected at the park entrance in 2013.

Many people have botanized at Runnymede, including (but not limited to!) Ann Csonka, John DeNoyer, Meghan T. First, Cris Fleming, Gary Fleming, Joe Metzger, Stan Shetler, Craig Tufts, and Rod Simmons. They have found a total of over 450 native species of vascular plants in the park. 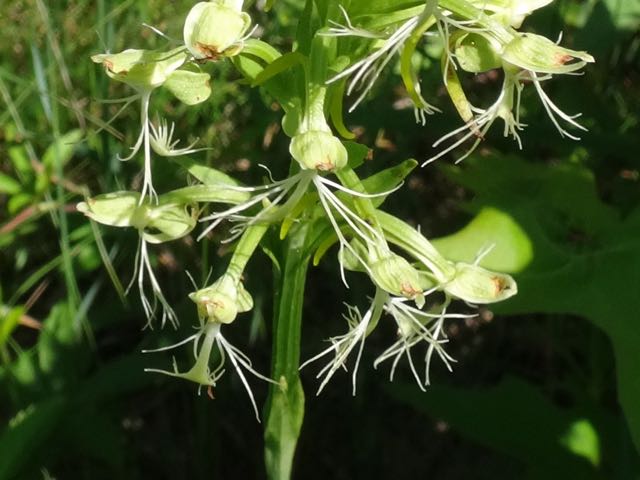 Simmons, R.H., M.D. Tice, A. Csonka, J. DeNoyer. Vascular Flora and Natural Communities of Runnymede Park, Herndon, Virginia. Unpublished Report. 2000. [This report is currently being revised after emerging from the cyber “twilight zone” due to computer crashes a decade ago and will be posted to the VNPS website once the nomenclature is updated and more recent findings are added.]